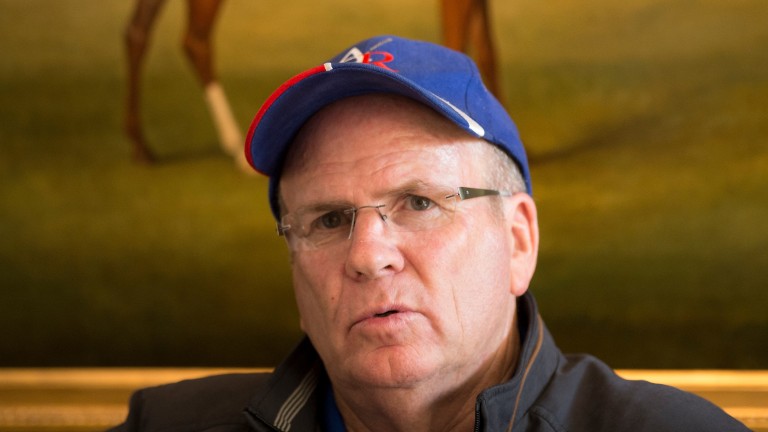 Robert Smerdon trained Under The Louvre to win a Group 1 sprint last year
Edward Whitaker
1 of 1
By RP Bloodstock Staff 2:59PM, MAY 25 2017

Group 1 sprinter Under The Louvre, the joint-top performer by Excellent Art on RP Ratings, has joined the stallion roster at Grandview Stud in Queensland.

Winner of the Stradbroke Handicap last year, Under The Louvre was also placed in four other elite races for Robert Smerdon.

"Under the Louvre mixed it with the best and in the Stradbroke faced nine Group 1 winners including Black Heart Bart," the trainer said. "He won his debut as a two-year-old by four lengths and then his Group 1 as a five-year-old. That just goes to show his longevity. He's a tremendous individual, never 'bulked up' like a lot of entires, and has a terrific nature. If he can throw that explosive turn of foot, athleticism and temperament into into progeny I believe he's a very good stallion prospect."

Michael Grieve of Grandview is introducing his new recruit at A$7,700. "Under The Louvre is arguably the most exciting racehorse to enter stud in Queensland for many years," Grieve said. “Being totally free of Danehill, he offers a rare outcross for breeders. He is not only a coup for Queensland, but for all breeders."