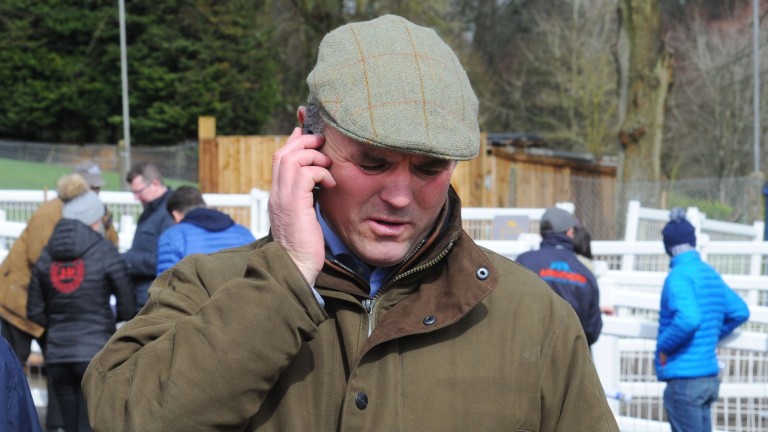 Buywise trainer Evan Williams left the Tattersalls Ireland Ascot March Sale on Wednesday with the top-priced lot, after securing a pair of winning pointers for an aggregate of £100,000.

His most expensive purchase at £70,000 was Treasure Dillon, the first winner for his sire Sans Frontieres when landing a Durrow four-year-old maiden on debut on Saturday for Pierce Power's Galtystown Stables.

"I know nothing about the stallion, but I loved the video and the horse," said Williams. "He has been bought on spec and looks a very handy sort. He is entered in the Goffs Land Rover Bumper and will head there."

Treasure Dillon is out of the unraced Treasure Trix, a half-sister to the talented chaser Splendour and daughter of Flemensfirth like the dams of Identity Thief, Next Destination and OK Corral.

Sans Frontieres, one of four sons of Galileo standing at the Beeches Stud together with Imperial Monarch, Mahler and Soldier Of Fortune, won the Irish St Leger and has stood at a €2,500 fee since his retirement six years ago. His oldest crop are now four.

Williams also signed a £30,000 docket for the five-year-old Gold Well gelding Ballybreen, winner of a Ballyarthur maiden earlier this month, taking his overall spend to six figures, while his daughter Isabel also got in on the act when securing the five-year-old Black Sam Bellamy mare Annie Bonny for the same amount.

"I like Black Sam Bellamy fillies and this one had a nice page," said Williams snr. 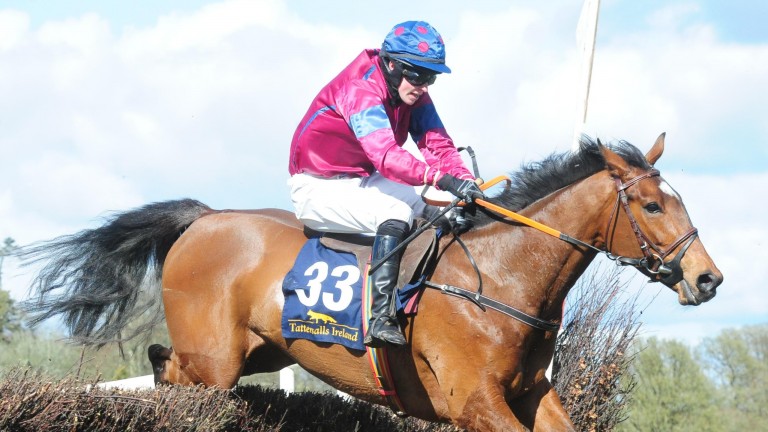 Pembrokeshire trainer Rebecca Curtis signalled her intent for next season by securing a trio of select lots for an aggregate of £150,000 - the most expensive being Wayfinder, who was runner-up to Treasure Dillon on his second start on Saturday for Warren Ewing.

The four-year-old Shantou gelding shares his sire with the Curtis-trained talent Shantou Flyer and was knocked down for £60,000. Also heading to Fforest Farm is the five-year-old gelding Financial Outcome, bought for £50,000, and recent bumper second Ruthless Article, a five-year-old son of Definite Article picked up for £40,000.

"They're some nice types," said Curtis. "They just need to win now. Hopefully they will help to get the yard going again. We will also be present at the store sales in May and June."

The recent success of Sandmason's progeny at the Cheltenham Festival, with Summerville Boy landing the Supreme Novices' Hurdle and Black Op a game runner-up to Samcro in the Ballymore Novices' Hurdle, provided a healthy boost for interest in the Lacken Stud sire.

Spare a thought though for the much less heralded County Wexford stallion Financial Reward - a 15-year-old son of Fruits Of Love who joined the sports-horse stallion ranks in 2010.

A mile maiden winner on the Flat, Financial Reward won a Grade 2 novice chase at Limerick and was runner-up to Champion Hurdle winner Punjabi in the Champion Four-Year-Old Hurdle at Punchestown for Willie Mullins.

Since retiring to stud, he also covered a handful of thoroughbred mares, including Caitriona's Mare, whose son Financial Outcome came under the hammer on Wednesday having won two of his three point-to-point starts.

Bred by stud-owner Donal Goland, the five-year-old was trained by John Paul Brennan for his father Thomas, who purchased Financial Outcome privately as a yearling. Following the success of Financial Outcome, his dam Catriona's Mare returns to Financial Reward this year.

By Jeeves! Noel Kelly returns to the source of stable star Wooster

County Derry trainer Noel Kelly - whose best performer to date was the Grade 3 novice chase scorer Charlie's Vic - had another smart prospect this winter in Wooster, winner of two consecutive races on the Dundalk all-weather.

Having acquired Wooster for 18,000gns at last year's Tattersalls Autumn Horses In Training Sale, Kelly returned to the same source on Wednesday and went to £32,000 to secure the 85-rated Flat performer Bachelor from Joseph O'Brien, the only top ten lot not to have featured among the wildcard entries.

"We've two owners in mind for him," said Kelly. "He's got size and scope and will be tried on the Flat or over hurdles. I've also had a bit of luck with a horse bought from Joseph before."

Bachelor won a mile handicap at Kempton in mid-January, when he ran in the colours of Irish rugby legend Ronan O'Gara.

The three-year-old Holy Roman Emperor gelding is one of six winners from seven runners out of the Sadler's Wells mare Shell Garland, who in turn is out of Pattern scorer Shell Ginger. 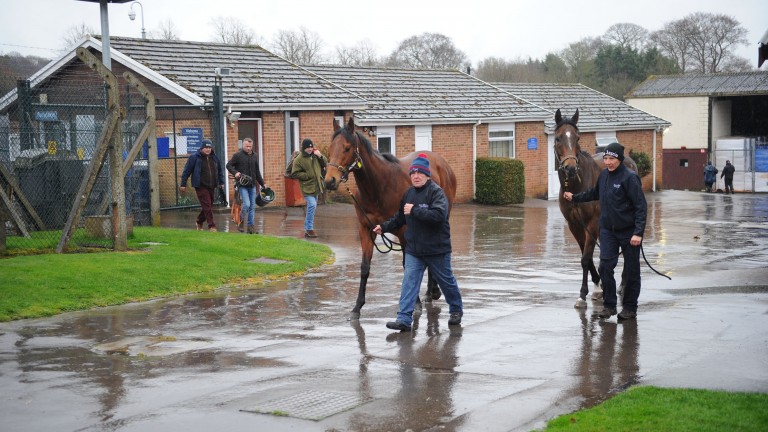 Aclassagold, a five-year-old Gold Well gelding, will now be trained by permit holder Deborah Faulkner after being knocked down to her son Tom Faulkner for £43,000. He ran out a six-length winner of a five- and six-year-old maiden at Tyrella just over a week ago, having been brought down at Mainstown in December.

"We've recently moved to a new yard in Chepstow and are stocking up," said Tom Faulkner. "We've had some nice types by Gold Well before including Goldanbleu, who was third on his bumper debut at Ludlow. We might aim Aclassagold at a bumper - he's quick and looks like he will go well on good ground."

As well as Aclassagold and Ballybreen, Gold Well has been responsible for no fewer than five four-year-old maiden winners in the latest season including Dickie Diver, Lorvon Pearl and March Is On.

Wednesday marked the second renewal of the Ascot March Sale and for the second consecutive year, the top lot was knocked down for £70,000.

The point-to-point section gave a significant boost to the sale overall, with seven of the top ten lots having emerged from the pointing field.

The median and average, meanwhile, rose by 13 and 20 per cent respectively.