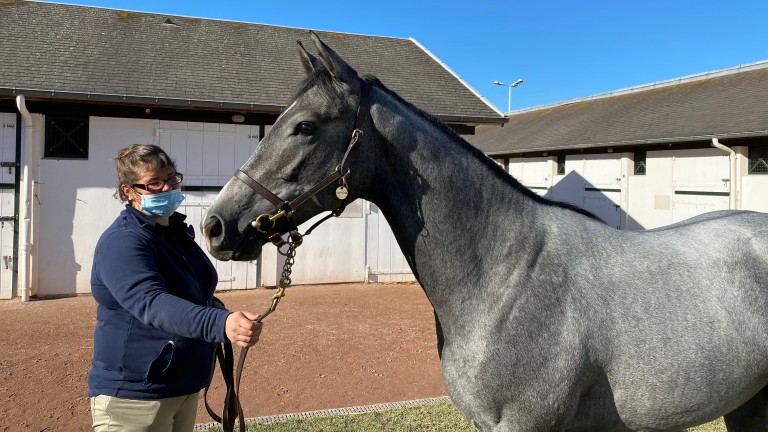 Trade proved consistent on the fifth day of Arqana's October Yearling Sale as the action in Deauville ended on a positive note.

Comparisons are not straightforward as the catalogue had been boosted by around 150 lots which had been destined to be sold through Osarus in September, contributing to a grand final aggregate from 578 lots sold of €18,569,000.

Arqana president Eric Hoyeau and executive director Freddy Powell said in their closing statement: "We are immensely grateful towards our vendors, who have maintained their faith in Arqana and showed tremendous resilience throughout the season.

"It has been a long week and we are very much aware of the uneasy financial situation breeders and pinhookers are faced with due to the high production costs, but their adaptability has allowed the market to play its role and all these yearlings can now move on to the next stage of their career. We also wish to thank all buyers and underbidders, on the grounds on online, for their relentless competitiveness.

"Finally, our heartfelt gratitude goes to all members of the Arqana team, who have been on deck every day with a positive attitude, as well as to our partners headed by caterer Henri Morel and his staff, who keep doing their best to serve our clients in spite of the logistical constraints.”

The Friday session, which catalogued a number of lots from the Osarus sale, saw Haras de la Louvière's Dark Angel colt, out of a half-sister to Listed winner Monroe Bay, take top lot honours when realising €70,000.

He was knocked down to Broadhurst Agency and trainer Philippe Decouze on behalf of Barcelona's French international footballer Antoine Griezmann. The striker owned Group performer Tornibush with the same stable.

After signing the docket, the trainer said: "He really stands out and has so much going for him. He’s relaxed, not too heavy, and looks like he could run at two.

"He's from a lovely maternal line by a great sire that is also a great producer of juveniles. He will run for the famous black and pink colours [of Griezmann]."

The colt can count the stakes-placed Persian Moon among his relatives, with the son of Makfi a familiar name to British racegoers, having finished in the money behind Phoenix Of Spain and Bangkok in stakes contests before selling to Saudi Arabia last year. 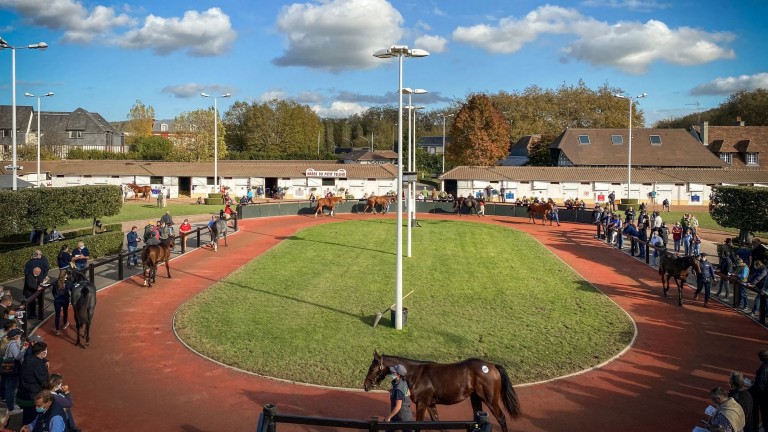 Haras de la Haie Neuve also enjoyed good fortune when seeing their Pedro The Great colt, from the family of top-level victor Printemps, sell to  Nicolas de Watrigant's Mandore Agency for €31,000. Out of the Group 3 winner L'Ete, he is a half-brother to Listed winner The Turning Point.

Earlier on in the session, Haras de Castillon's filly from the first crop of Prix Jacques le Marois winner Al Wukair was another highlight, selling to Michel Zerolo's Oceanic Bloodstock for €30,000.

Out of the Listed-placed Anabaa mare Miss Alabama, the filly is from the immediate family of Prix Exbury winner Matarun and multiple stakes scorer Milford Track.

FIRST PUBLISHED 3:58PM, OCT 23 2020
We are immensely grateful towards our vendors, who have maintained their faith in Arqana and showed tremendous resilience throughout the season