Australian stallion was transferred to France in 2015 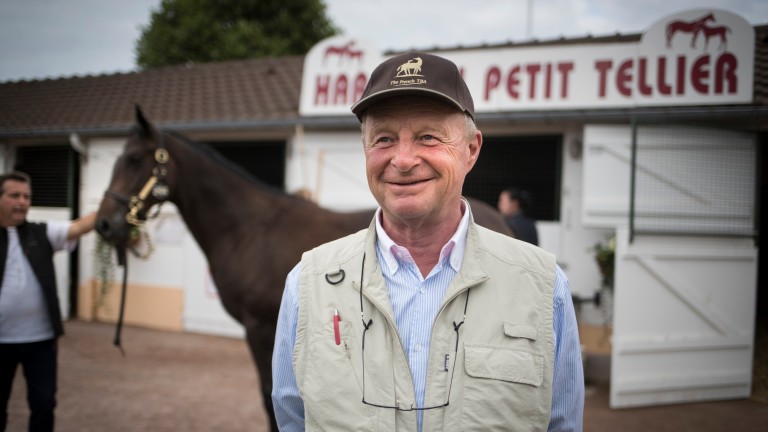 He is not exactly a young whippersnapper of a stallion any more but there was the best of new starts for Elvstroem as the first two-year-old of his European crop to run made a winning debut at Chantilly on Monday.

Not seemingly unfancied in the betting for Yann Barberot and Christophe Soumillon in the five-furlong Prix du Premier Pas, his daughter My Love’s Passion produced a willing and professional performance to come a length and a half clear in a race won 12 months ago by subsequent Listed winner and Prix Robert Papin runner-up Sexy Metro.

The well-travelled 18-year-old Elvstroem began both of his working lives in his native Australia, with an excellent racing campaign including victories in the Victoria Derby, Caulfield Cup and CF Orr Stakes before his ownership syndicate and trainer Tony Vasil sent him out to conquer the rest of the world.

Elvstroem won the 2005 Dubai Duty Free and ran four times in Europe, not finishing out of the first four in the Prix d’Ispahan, Lockinge, Prince Of Wales’s Stakes and Grand Prix de Saint-Cloud.

The son of Danehill returned home for the first stage of his stallion career, serving decent books of mares in the early years at Blue Gum Stud in Euroa and standing in Victoria for the best part of a decade. At the last count, he had claimed 924 winners from 692 foals back home, his most notable progeny including Group 1 Cantala Stakes winner Hucklebuck and Caulfield Guineas runner-up Carrara.

Elvstroem has a fine international pedigree as a brother to Highland Reel's dam Hveger and half-brother to Queen Anne Stakes winner Haradasun and in 2015 he was acquired by Patrick Chedeville for Haras du Petit Tellier in Normandy.

My Love’s Passion was bred by Chedeville out of the winning Cadeaux Genereux mare Amber Two, and sold to Barberot for €10,000 at last autumn's Arqana October Yearling Sale in Deauville.

FIRST PUBLISHED 3:39PM, APR 8 2019
My Love?s Passion produced a willing and professional performance to come a length and a half clear