Group 1 winner is a son of New Approach 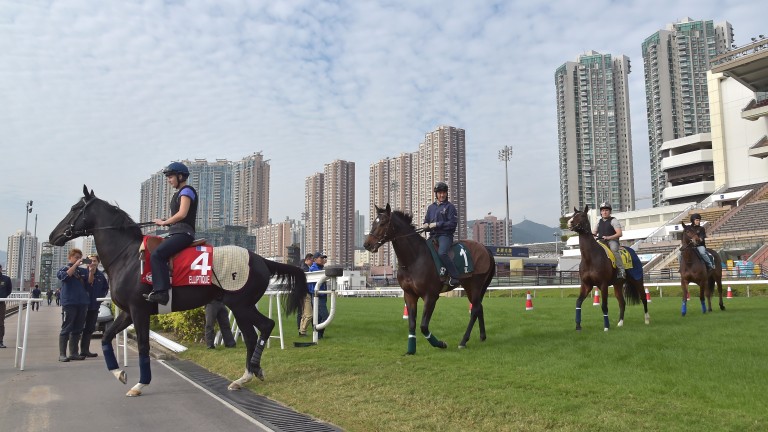 German Group 1 winner Elliptique has been retired to take up stallion duties at Haras de Cercy in France from this season.

The six-year-old son of New Approach has run twice in Dubai for Satish Seemar, finishing down the field on both occasions.

He was previously trained by Andre Fabre to win the top-flight Bayerisches Zuchtrennen at Munich last July.

While with Fabre he also landed the Prix de Conde and Grand Prix de Vichy, both Group 3 contests.

A Rothschild Family homebred, he is out of the Listed-placed Kendor mare Urayle and is a half-brother to triple Listed scorer Cicerole. Further back it is the family of Melbourne Cup hero Americain.

Elliptique joins Libertarian and Dawn Approach as sons of New Approach to stand at stud. Other leading performers by the son of Galileo include Oaks heroine Talent and Nassau Stakes winner Sultanina.

Elliptique is the third new stallion for Haras de Cercy this year, after Free Port Lux and Karaktar.

FIRST PUBLISHED 9:30PM, MAR 23 2017
A Rothschild Family homebred, he is out of the Listed-placed Kendor mare Urayle