Ebdon ready to break off in new career as pedigree consultant 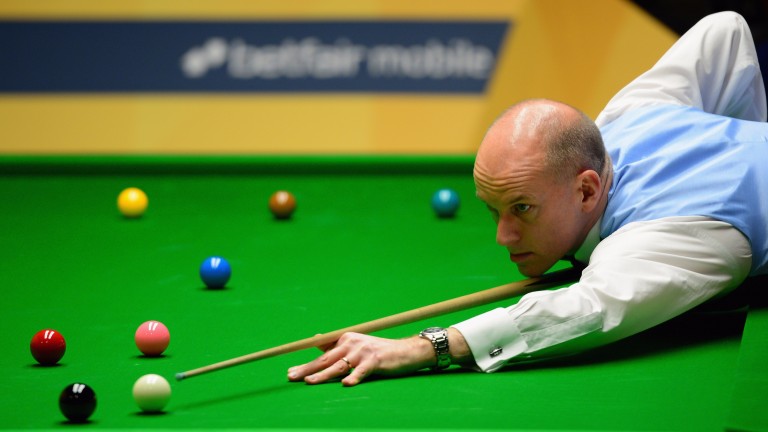 Last year we reported how snooker star Peter Ebdon was chalking up for a new career as a pedigree consultant. Now, 12 months later, he is ready to break off and dispense advice to breeders.

The 2002 snooker world champion - and breeder of Prestige Stakes winner Sesmen - has a special deal for the coming breeding season of a free pedigree consultancy for two mares per client and a 50 per cent discount on any subsequent mares.

So what exactly do clients get for their money?

“Breeders will receive a number of recommendations for their mares, usually between four to six stallions, although there is often a single outstanding mating for a mare that I would very highly recommend based on genetic compatibility,” says Ebdon.

“My pedigree recommendations are based on more than 25 years of research and while there are various software programs available to breeders, some focus on sire line-over-sire line results only. I believe that is very limiting, often missing important duplications within a pedigree, which may well have been pivotal for racing performance and class. I prefer to be much more thorough than that in my research and thus increase the chances of helping breeders to breed stakes horses.”

Ebdon's methods concentrate on paper credentials rather than physical traits.

“‎I believe the duplications and reinforcements of superior ancestors and their siblings within a pedigree are far more important ‎than the physical attributes of a particular individual, because top-class horses come in all shapes and sizes," he says. "But it is a consideration, nonetheless.

“I certainly wouldn't recommend that breeders try to breed stakes horses by considering conformation traits only, however, as genetically incompatible matings greatly reduce the chances of breeding an above average performer.”

The purist approach to pedigree study presents an interesting take on some of the big talking points in the bloodstock industry, such as the quirks of commercial breeding and the vagaries of fashion.

“The key to a successful mating is to do the right thing for the mare,” Ebdon says. “That means not just breeding for the sales ring or to the latest fashionable sire, who might be completely incompatible for her genetically.

“Similarly, stallions need to be provided with opportunities to cover mares that reinforce their own genetic strengths and, if possible, through sex-balanced line-breeding – that is, through a male and a female of a reinforced ancestor, thus creating the opportunity of a full expression of a particular ancestor's genes.‎

“I also believe it's very important to try a very good mating at least twice.”

To demonstrate that Ebdon is not hung up on only a few stallions and sire-lines, and is not distracted by the question of fashion, the list of stallions he has recommended to clients for the 2017 breeding season include: Authorized, Champs Elysees, Famous Name, Fast Company, Helmet, Marcel, Medicean, Sayif, Silver Frost, Sinndar, Sir Prancealot, Sixties Icon, Tobougg and Youmzain.

He admits to being surprised by the behaviour of breeders and buyers when he attended the October yearling sales at Tattersalls last year.

“I was actually quite shocked to discover that most breeders breed for the sales ring and that most buyers think they can understand a pedigree from the three generations printed in a catalogue,” he says. “They can't; not unless they have a photographic memory and can extend those pedigrees mentally to seven or eight generations and beyond.”

Ebdon is renowned for the intensity of his game at the snooker table and that clearly extends to the fervour with which he is approaching his new career as a pedigree consultant. He is also known for his strict health regime, including a vegan diet, and he is halfway through a two-year healing practitioner's course at the College of Healing in Malvern.

He has now given 100 healing sessions to friends, family and other healers. “They generally last between 45 to 60 minutes and are a combination of both hands-on healing and working within a person's aura," he says.

All that, and Ebdon is still competing on snooker's professional tour and has joined the BBC commentary team for major tournaments.

“Snooker is now my job, pedigrees are my passion and healing is where my heart and soul reside,” he says, before explaining how on earth he finds time for all three pursuits: “Generally, I study pedigrees and design matings in the morning and in th‎e evening and prepare for snooker competitions by practising during the day.

“I also take time out, to both give and receive healing sessions. Everyone can benefit from healing, which rebalances the chakras, our energy centres. More often than not, a healing session enables someone to relax at a very deep level, leaving them feeling revitalised - but occasionally they can also have a very profound spiritual experience, too.”

It cannot be guaranteed that Ebdon will provide a very profound spiritual experience when he analyses your breeding stock, but his Designer Pedigrees venture might just be able to rebalance a mating or revitalise a pedigree.