At The Sales GOFFS UK AUTUMN 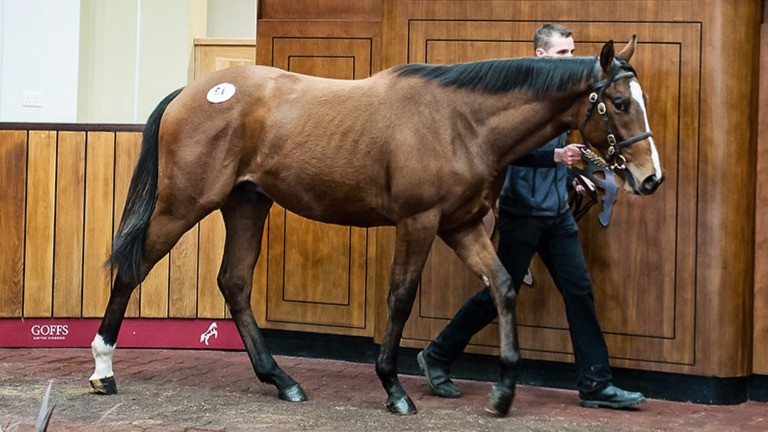 A colt by Frozen Power led trade at the first day of the Goffs UK Autumn Sale on Monday when selling to David Easterby for £26,000 during a session dedicated solely to yearlings.

The fourth foal out of the unraced Pivotal mare Sheer Indulgence, the top lot is a half-brother to Bill Turner's Brocklesby and Pavilion Stakes scorer Mick's Yer Man and to 6f maiden winner Sawaahel.

Further back it is Queen Mary Stakes heroine Shining Hour and the colt is from a family that Easterby and his father, trainer Mick, know well.

Easterby said: "We bought Mick's Yer Man as a foal and then sold him as a yearling - we've regretted that decision ever since. It was a chance for us to get back into the family.

"I liked the pedigree and the individual. We've bought him to race as a two-year-old and there's no other plans than that at the moment."

Bobby O'Ryan snapped up the day's second-top lot when parting with £20,000 for a Lethal Force colt on behalf of Middleham Park Racing.

Consigned by Hall Farm Stud, the yearling is the fourth foal out of the Listed-placed Tagula mare Raggle Taggle and is a half-brother to the placed Hurricane Alert.

O'Ryan said: "He's going to be trained by Keith Dalgleish for Middleham Park. He's a nice horse and looks like he'll be a two-year-old.

"He's a good mover too. I've been impressed with Lethal Force's stock so far."

O'Ryan also signed the docket for the third top price of the day, this time on behalf of trainer Karen McLintock when purchasing a colt by Equiano for £17,000.

The second foal out of the winning Intikhab mare The Clan Macdonald, he was offered by David Powell's Catridge Farm Stud and is from the family of Group 2 hero Hurricane Alan.

O'Ryan added: "He's a nice horse who looks like a runner and hopefully he'll do it on the racecourse. Equiano is a good solid sire too."

The sale continues on Tuesday with a session of horses in training and point-to-pointers.

FIRST PUBLISHED 7:23PM, OCT 31 2016
We've bought him to race as a two-year-old and there's no other plans than that at the moment