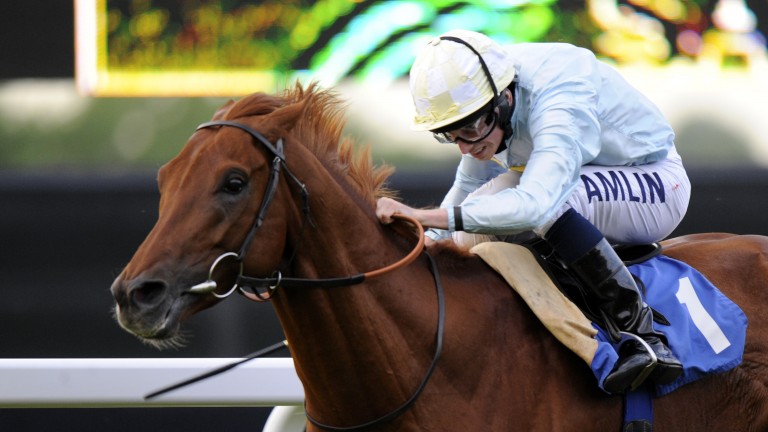 The search for a buyer for the historic Ballymacoll Stud has moved a step closer to a conclusion, as agents Frank Knight and REA Coonan are to auction the property at the Shelbourne hotel in Dublin on Tuesday, June 27, with the guide price set at €6 million to €8m.

The iconic stud is comprised of 294 acres of stud railed land, 60 stables spread between four yards, a manager’s house and three other staff properties. It was first revealed in March 2016 that the stud was up for sale, and since then long-serving manager Peter Reynolds, whose retirement is a contributing factor in the decision being made to sell off the stud, had maintained his desire for the property to be sold privately along with its entire bloodstock portfolio.

However, Wednesday’s announcement comes on the back of the news in late-March that the 52 horses currently owned by the County Meath nursery are to come up for public auction later in the year. The majority of the roster of 18 mares, 14 horses in training, nine yearlings, nine foals and a couple of horses out of training will be offered at Tattersalls this autumn, while four mares are also due to be offered at Goffs.

“We’d have loved for someone to come along and do what the boss did in the 1960s, and take the place over lock, stock and barrel,” Reynolds said earlier in the year. “But we’ve been trying to find someone for 12 months and, while it’s not too late for that to happen, as things stand Plan A hasn’t worked and we’re moving on to Plan B.

“Ballymacoll has been an amazing breeding ground for future champions and all at the stud will wish any new owner a similar level of success in the future.”

The stud, which was also the birthplace of the legendary chaser Arkle, has cultivated a rich history in the 57 years it has been under the ownership of the Weinstock and Sobell families.

In that time the nursery has produced 30 top-level winners, including two Derby winners, Troy and North Light, as well as the likes of St Leger winners Conduit and Sun Princess, 2,000 Guineas hero Golan, the globetrotting Pilsudski, and Islington, who earlier this year delivered her 11th filly from 11 foals. Nearly all the stock belong to parallel dynasties, descending from the farm’s two foundation mares, Country House and Sunny Valley.

FIRST PUBLISHED 12:33AM, MAY 11 2017
Ballymacoll has been an amazing breeding ground for future champions and all at the stud will wish any new owner a similar level of success