Longwood Stud offering Mootaharer to breeders at a €3,000 fee 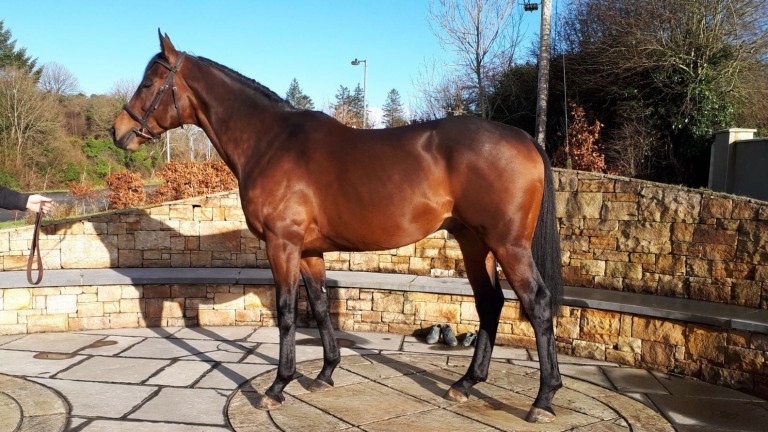 Mootaharer - a beautifully bred Dubawi half-brother to bullet sprinter and exciting young sire Muhaarar - has been snapped up by a group of shareholders to stand at Longwood Stud in County Sligo, where he will be offered to breeders at a €3,000 fee this season.

Bred by Shadwell, Mootaharer is a half-brother to three other black-type performers as well as Muhaarar, including Salisbury Listed winner Sajwah, out of Listed-placed sprinter Tahrir, whose six foals to race have all been winners.

Trained by Charlie Hills, Mootaharer had Poet's Word in behind when landing a hotly contested Newmarket maiden in impressive style on just his second start at two, earning quotes for the following year's 2,000 Guineas.

The son of Dubawi missed the 2016 season, though, due to a recurring sinus problem and failed to show his former sparkle as a four-year-old last season.

"Mootaharer looked pretty special when winning his Newmarket maiden by four and a half lengths," said Eddie Meehan, owner-manager of Longwood Stud. "It's no surprise he seemed to be on everyone's dark-horse list for the following season's Classics.

"When we heard he was for sale, we went to view him at Shadwell. Everyone there, particularly Tom Pennington, was extremely helpful and we purchased him outright to stand here at Longwood Stud.

"The stallion market here in Ireland is very competitive but as a very good looking son of the great Dubawi and half-brother to one of the most exciting young sires in Europe, we think an introductory fee of €3,000, with discounts for approved mares, gives breeders a great chance to make a profit.

"Mootaharer stands at 166cm and is an impressive individual with a big stride. With his race record, he'll appeal to Flat breeders and if he gets foals as good looking as himself, or Muhaarar, then they'll excel on the track.

"Sons of Dubawi seem to win at the highest level, whether in the 2,000 Guineas or the Queen Mother Champion Chase.

"Unfortunately he got a sinus infection which required minor surgery from which he never fully recovered enough to get back to his best on the racetrack." 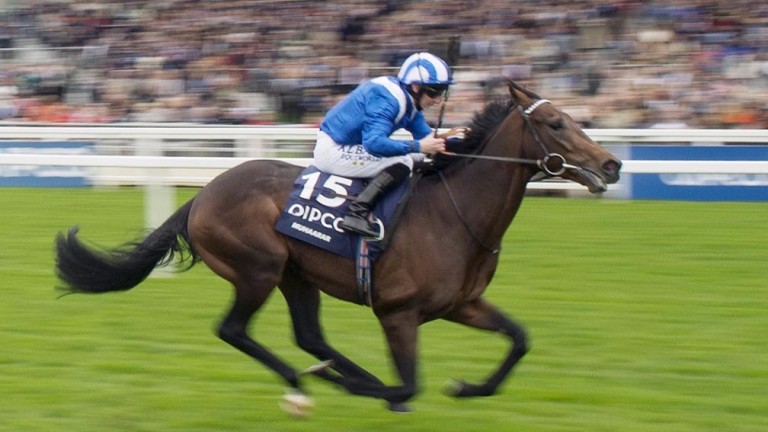 Explaining the decision to stand a thoroughbred stallion for the first time at Longwood Stud, Meehan explained: "We've always focused on standing good-looking horses that allow our clients to make money.

"We've had a lot of opportunities to stand Flat thoroughbred stallions but we always said we would wait for the right horse and how could you not get involved with a horse as well-bred and good-looking as Mootaharer.

"It's exciting to have a horse as good as him to offer to the large pool of mares in the north and west of Ireland."

Other sons of Dubawi to retire to stud this year include Dartmouth (Shade Oak, £3,000), Postponed (Dalham Hall, £20,000), Time Test (National, £8,500) and Zarak (Bonneval, €12,000) meaning breeders seeking cheaper alternatives to the Darley stalwart this season will be spoiled for choice.

Postponed to join his sire Dubawi on the Dalham Hall roster

FIRST PUBLISHED 3:19PM, FEB 16 2018
With his race record, he'll appeal to Flat breeders and if he gets foals as good looking as himself, or Muhaarar, then they'll excel on the track