Dubawi dazzles both as sire and damsire in major Meydan races 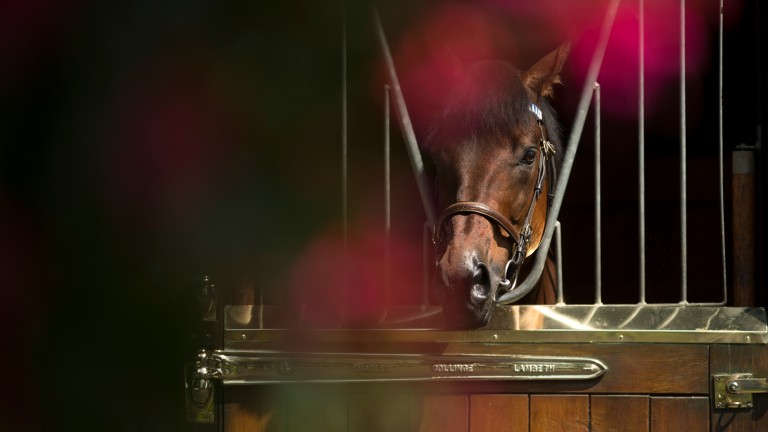 It was a momentous meeting at Meydan for Godolphin and their flagship stallion Dubawi on Saturday.

The doyen of Dalham Hall Stud also passed a significant milestone as Blair House became his first top-level winner as a damsire.

The Charlie Appleby-trained Blair House, whose best effort came when second in the Royal Hunt Cup at Royal Ascot last June, appears to have improved plenty this winter in Meydan.

The five-year-old defeated Benbatl – a son of Dubawi again – by three quarters of a length with Janoobi, a South African-bred son of Silvano, a head back in third.

He was bred by Godolphin and is the first foal out of the placed Patroness, a sister to Queen Elizabeth II Stakes winner Poet's Voice, who is also by Dubawi. Further back it is the family of Group/Grade 1 winners Chief Honcho, General Assembly, Gold Fever, R Heat Lightning and George Vancouver and his dam Versailles Treaty.

Patroness has a three-year-old colt by Teofilo called Key Victory who was an impressive winner of a Newmarket maiden for Appleby on his sole start last year. The dam also has a two-year-old filly by Invincible Spirit, a yearling colt by New Approach and was covered by Dark Angel last year.

Although Dubawi's first crop is aged 11 years old, Blair House is only the second Pattern winner of any kind produced by one of his daughters. The other is Tantheem, a Teofilo filly successful in the Group 3 Prix de Cabourg last year.

Blair House is a son of something of a legend of British breeding in Pivotal, who is standing his 22nd consecutive covering season at Cheveley Park Stud, across the road from Dalham Hall Stud in Newmarket.

He is the 27th top-level winner for Pivotal, in whom Godolphin supremo Sheikh Mohammed owns a significant share. That tally includes Dubai World Cup hero African Story and outstanding talents such as Farhh, Immortal Verse and Sariska, as well as Group 1-producing sires Kyllachy and Siyouni.

North America in turn becomes Group/Grade 1 winner number 34 for Dubawi after easing to a wide-margin victory over Thunder Snow (a son of Helmet) in the Al Maktoum Challenge R3.

Trained by Satish Seemar for Ramzan Kadyrov, the six-year-old gelding won the Group 3 Firebreak Stakes at Meydan last year and was previously placed in a handicap and maidens for Godolphin.

He was bred by Qatar Bloodstock out of the Grade 1-placed Yankee Victor mare Northern Mischief, a half-sister to champion American older racemare Gourmet Girl, and sold to Godolphin for 100,000gns at the Tattersalls December Foal Sale in 2012.

Qatar Bloodstock bought the mare as a nine-year-old from Denford Stud for 120,000gns and moved her on in the same ring two years later by selling her to Emerald Bloodstock for 50,000gns.

However, it was the shrewd David Stack who got the best bargain when she came up for auction again as a 14-year-old at the Goffs November Mares' Sale in 2016 and he bought her for his Coolagown Stud and Joli Racing for just €1,000.

Northern Mischief has a colt foal at foot by Dandy Man and is booked into Churchill.

Dubawi has a fine record in Dubai where he has supplied World Cup winners Monterosso and Prince Bishop and other sons Ahzeemah, Hunter's Light, Mubtaahij, Safety Check, Sheikhzayedroad and Zarak have also plundered big pots.

Winx: will she or won't she? That is the question

FIRST PUBLISHED 9:42PM, MAR 10 2018
Dubawi has a fine record in Dubai where he has supplied World Cup winners Monterosso and Prince Bishop