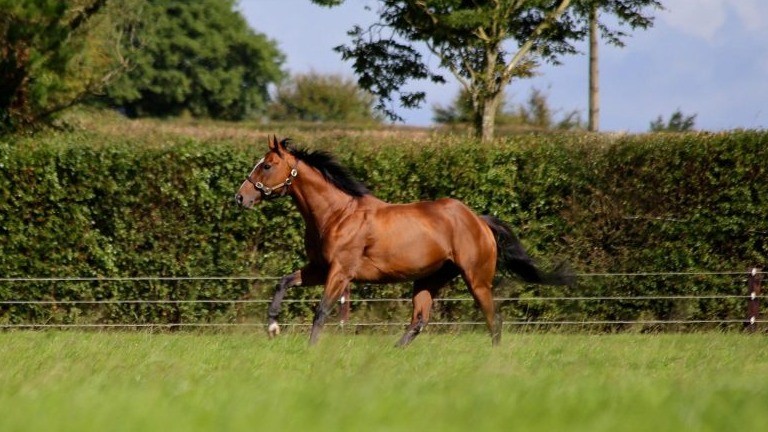 Royal Ascot provided two of the highlights of Leading Light's career, and on the eve of the 2020 royal extravaganza the now Coolmore stallion bagged a first-crop four-year-old hurdle winner at Middleburg, Virginia.

Zoom Zoom Zoe, having her first start for Jonathan Sheppard, bolted up in the fillies' and mares' maiden hurdle on Saturday under Kildare native Gerard Galligan, one of three winners on the card for the 29-year-old rider.

Leading Light won the 2013 Queen's Vase at Royal Ascot and the following year broke some hearts when holding off Missunited by a neck in the Gold Cup, both royal victories coming with Joseph O'Brien in the saddle.

Leading Light won eight of his 12 races, the other highlight being his victory in the 2013 St Leger at Doncaster. He stands for Coolmore's National Hunt division at Grange Stud for a 2020 fee of €3,000.

Zoom Zoom Zoe is a graduate of the Irish point-to-point scene, having been handled by Ellen Doyle and raced once at Borris House in March, finishing a promising third.

The Irish-bred filly has a pedigree that entitles connections to think she can add to this first victory, as her dam, Sixofone, is a half-sister to a Grade 1-winning four-year-old in France over fences, Polivalente, who in turn is the dam of Brelade, who was runner-up in the Grade 1 Future Champions Novice Hurdle at Leopardstown in 2016.

FIRST PUBLISHED 5:46PM, JUN 15 2020
The Irish-bred filly has a pedigree that entitles connections to think she can add to this first victory