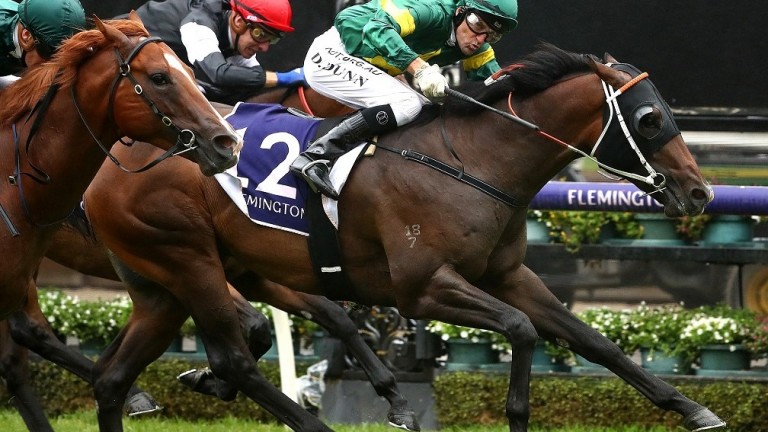 Dual Group 1-winning colt Ole Kirk could race at Royal Ascot next year to enhance his European shuttling credentials before retiring to Vinery Stud after the Hunter Valley farm on Thursday secured the prized three-year-old for stallion duties.

This season’s Golden Rose and Caulfield Guineas winner, who is by a hot sire in Written Tycoon out of a sister to champion mare Black Caviar, offers breeders a rich Australian pedigree capable of covering a large majority of mares in the Stud Book.

Vinery general manager Peter Orton was thrilled that Ole Kirk, who commanded a significant multi-million dollar price tag, would be joining the farm’s stallion ranks and in all likelihood would have one more racing preparation before going to stud.

“You can get plenty of outcross [stallions] but you have got to get ones that work as well and he’s by probably the hottest stallion going around at the moment - Written Tycoon’s having a hell of a run,” Orton told ANZ Bloodstock News.

“These days, you can put a value on a horse when they win certain races and get to a certain standard, but when you get an outcross horse such as himself, with such a good, strong female pedigree, there’s a kicker that goes on top.”

The owners of Ole Kirk held off selling him to a stud until after he had claimed both the Golden Rose and Caulfield Guineas.

The colt was immediately rested after his October 10 Guineas victory and he underwent a final veterinary check on Thursday afternoon before the deal was officially signed off.

Despite prominent owner Werrett’s affiliation with Vinery, Orton said the stud was not handed any favours during negotiations to secure Ole Kirk.

He said: “It wasn’t that simple at all, and understandably too. Neil was representing a group of other owners and he had to have discipline to it and a number of farms went through a process [to try and buy Ole Kirk].”

Any international campaign, Orton says, would need to be ticked off by Ole Kirk’s trainers, but if he did head to the northern hemisphere it would likely be for a race like the Diamond Jubilee Stakes at Royal Ascot next June, a race previously won by Australian-bred sprinters Black Caviar (2012), Merchant Navy (2018), Starspangledbanner (2010) and Choisir (2003). 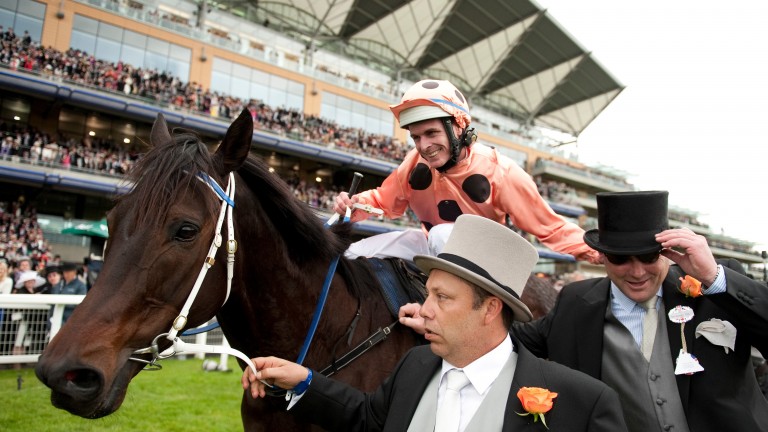 “Ole Kirk is the sort of horse who I wouldn’t see going on as a four-year-old as he’s done what he needs to do, as we always say, but that is not to say that we’re not open to it,” said Orton.

“It’s been discussed and Neil and the boys are very keen to seek Ascot opportunities because we’ve had quite a bit of interest from overseas from a couple of farms we’ve talked to, so there’s an opportunity there perhaps.

“But in the meantime we will keep it open and let John Hawkes decide where he’s going to go. Certainly, he’s that sprinter-miler style of stallion, so there are great options for him.”

Rival studs competing to land the well-credentialed Ole Kirk also tabled offers comprising a shuttling component to their deals in a bid to convince the owners they were the best fit for the colt.

“Our interest has been Europe-based and I know a couple of the other farms have obviously put things together with America, Ireland and Japan,” Orton disclosed.

“It’s always on the agenda of everyone coming into a horse like him who is an expensive horse, and shuttling is a way to spread the risk, but, most importantly, it provides him with double the opportunities.

“The sire line is working so well and Black Caviar being in the family makes it one that is known so well worldwide. It’s a pedigree that would fit in anywhere.”

Ole Kirk is the first foal out of the unraced Naturale, who, as well as being the sister to the unbeaten Black Caviar, is a three-quarter sister to stakes winner Iconic and Vinery Stud stallion All Too Hard, the sire of this season’s dual Group 1 winner Behemoth and Australian Guineas winner Alligator Blood.

Orton described Ole Kirk as more compact than All Too Hard, saying: “He’s not overly big, he’s right on 16 hands. All Too Hard is a big, rangy stallion who is tending to be more a sire of three-year-old horses, whereas Ole was a very good two-year-old, he was a Listed winner and Group 1 and Group 2-placed.

“If you go back and look at his races, he was very unlucky not to have won either of those. He certainly ticked that box as being a very good two-year-old and he’s gone on in the early part of his three-year-old year, in the spring, and was dominant in what we regard as two pretty serious stallion-making races.

“He does sit back a bit and comes home with a rush. It’s a good sign for a horse - he’s a classic sprinter-miler. He was always up for a battle and I love that in a stallion.”

Gilgai Farm principal Jamieson has so much belief in Ole Kirk as a stallion prospect that he has chosen not to sell down his stake in the colt and will support him strongly when he does retire to stud.

Orton added: “Rick has enormous faith in this horse. With his pedigree, he has lots of ideas and he’s going to support the stallion heavily with his own mares and he is very excited about the future of this horse and what he’s going to be able to do.

“Rick is a great student of pedigrees and he is very competent and successful at it as well, so we will be leaning on him to give us his input. The other owners have sold down a bit of their shareholding to allow us to come in and there might be an opportunity for a few outside shareholders to come in, too.

“We will get some good breeders to come in with us and the rest of the partnership also breed quite a few horses, so he will be really well underpinned and supported.”

As for taking on another colt trained by Hall Of Fame inductee John and his sons Wayne and Michael, Orton said that the stable’s record speaks for itself.

“We’ve got quite a few of their horses now and they always come to us as very fresh and keen horses. They are never over-raced and what they have done [on the track] has been on natural ability.”

FIRST PUBLISHED 3:08PM, OCT 29 2020
It’s been discussed and Neil [Werrett] and the boys are very keen to seek Ascot opportunities