Two-time winner Beauthea had a colt by the Coolmore stallion 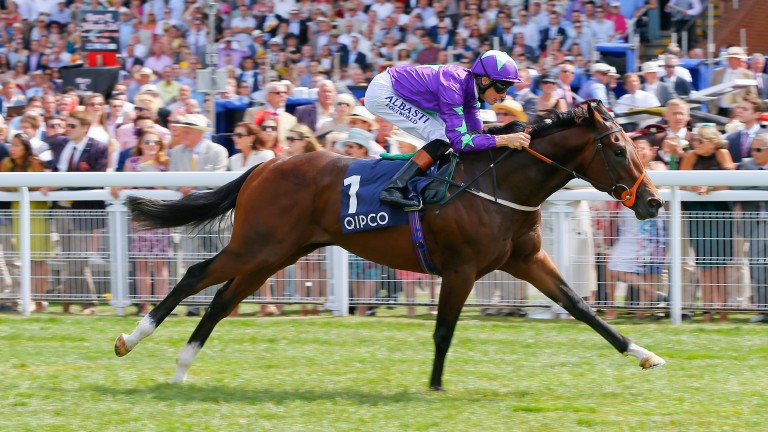 Ivawood, the high-class two-year-old with a peak RPR rating of 117, has his first foals on the ground as three were born on Sunday.

Beauthea, owned by Fiona McStay, foaled "a lovely bay colt with plenty of size and bone". Beauthea, a dual winner and fourth in the Group 2 Debutante Stakes, is from the family of St Leger winner Simple Verse and Group 2 scorer Even Song.

Rainbow Song, owned by Massimo Marchetti of Allevamento Gialloblu, had a colt and Patrick Headon of Wraymount Stud noted that "he's a very good foal with size and strength, a smashing first foal for the mare". Rainbow Song is closely related to Grade 1 Del Mar Oaks heroine Dublino.

Ivawood, a five-year-old son of Zebedee, won his maiden and both the July Stakes and Richmond Stakes as a juvenile, before being narrowly touched off by Charming Thought in the Middle Park Stakes.