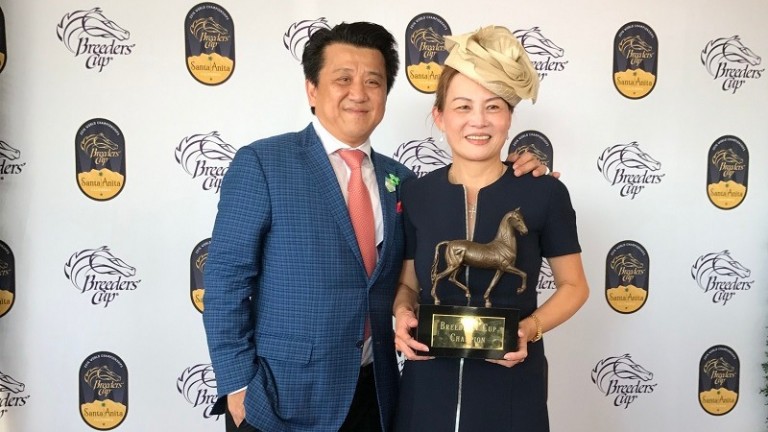 Chu stated that although his family is relatively new to the horse racing business, he wanted to give back to an industry that's already given them so many thrills and lasting memories. Chu also said he views it as a responsibility to support the aftercare of racehorses, and believes Old Friends does a tremendous job.

The Chu family, long-time pleasure riders and amateur show jumpers, got into horse racing in 2012 after years of involvement in Olympic show-jumping. Aside from Drefong, they have campaigned other top racehorses such as Kentucky Derby prep-race winners Chitu and Super Ninety Nine.

Drefong was a leading sprinter in North America in 2016 under the tutelage of trainer Bob Baffert. The speedy three-year-old colt has won his last five starts including back-to-back Grade 1 victories in his last two. Drefong won Saratoga's Grade 1 King's Bishop Stakes in late August before capturing last month's Breeders' Cup Sprint at Santa Anita, taking on and defeating older horses in the latter.

FIRST PUBLISHED 1:27PM, DEC 21 2016
He views it as a responsibility to support the aftercare of racehorses, and believes Old Friends does a tremendous job