Dream Ahead to switch from Ballylinch Stud to Haras de Grandcamp 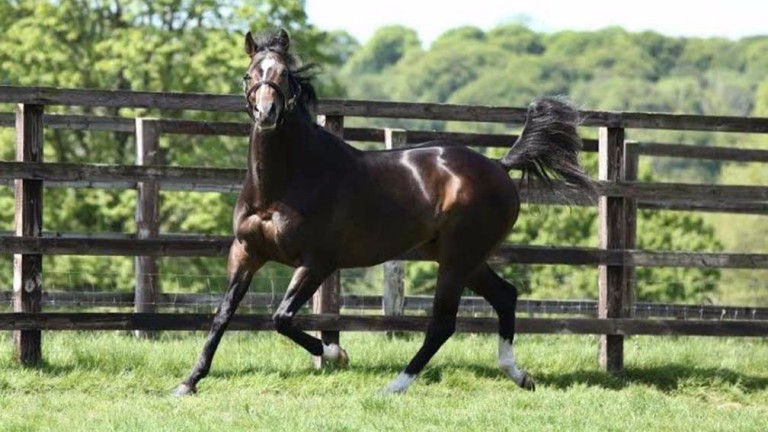 Dream Ahead, the five-time Group 1-winning son of Diktat, is to transfer from Ballylinch Stud in County Kilkenny to Haras de Grandcamp in Normandy for the 2017 breeding season.

John O'Connor, managing director at Ballylinch Stud, said: "Dream Ahead has done well with his two crops of runners, having finished second in the European first-season sires' table in 2015 and is third in this year's second-crop sires' list. We'd expect him to have a big year in 2017 as he's had a number of promising two-year-olds in France this year.

"There were a lot of French breeders enquiring about him so we thought it would be the best career move for him to stand in France in 2017.

“We think he'll cover a good book as he's well-known from both the time he raced and his first runners in France have gone well. It's a one-year lease initially and we'll re-evaluate it at the end of the season. He's a horse that's poised to make a good impact in both hemispheres having covered a full book of mares when he shuttled to Australia."

Bred by Darley, Dream Ahead's pedigree is packed with early speed, being out of the Cadeaux Genereux mare Land Of Dreams, the 1997 Flying Childers winner, who is herself out of the 1991 Molecomb Stakes winner Sahara Star.

Eric Lhermite of Haras de Grandcamp told Jour De Galop: “This is a real opportunity for French breeders, especially with the current demand for speed and precocity. Breeders will also be able to use this stallion and reap the benefits of the lucrative French premiums.

“This is the type of stallion that I’d wish to use with my own mares. He’s produced beautiful foals that have sold well on both sides of the Channel. His arrival corresponds with an upgrading of the stud’s stock and he should complement our other stallions well.”

FIRST PUBLISHED 5:06PM, DEC 17 2016
This is the type of stallion that I’d wish to use with my own mares. He’s produced beautiful foals that have sold well on both sides of the Channel