Ruth Pitman tells us about her burgeoning operation in Gloucestershire 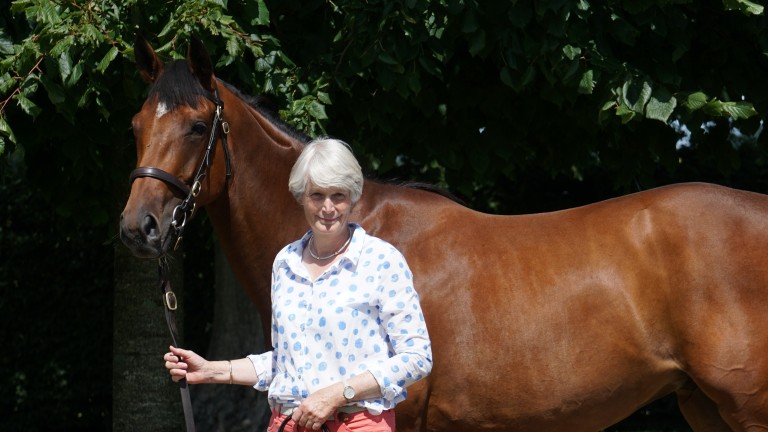 Since Newbury racecourse chairman Dominic Burke sold Whitley Stud around four years ago, the Gloucestershire nursery – birthplace of this year's Stayers' Hurdle runner-up Ronald Pump among other stars – has been run by Ruth Pitman, who is realising a long-held dream of owning a breeding operation.

Pitman is set to send two well-bred three-year-old stores to next week's Goffs UK Summer Sale from the farm, now known as Park Wood Stud. The draft comprises a Flemensfirth gelding out of a sister to Grandouet (lot 167) and a Milan filly from the family of Pepe Simo and Vol Solitaire (185).

“I grew up with horses as my main passion as a child in Somerset, and made my career as a land agent/rural surveyor based in Bath, managing private estates,” says Pitman, explaining her entry into the bloodstock industry.

“Later on I joined my husband’s training company – training people, not horses, and based near Malmesbury – and when we successfully sold the business in 2010 I looked for some land to buy as I had long held a dream of farming myself.

“Eventually I was tipped off that a farm might be available in the Monday country when out hunting near Badminton. It turned out to be Park Wood Stud.

"That was in 2016 and the farm had changed out of all recognition from the days when my children went to pony club camp there, so I'm possibly unique in acquiring a wonderful stud quite by chance!”

Describing the facilities at Park Wood Stud, Pitman adds: “It was purpose-built virtually from scratch from 2003, and has three sets of separate buildings comprising a well-equipped foaling unit and two large American barns. 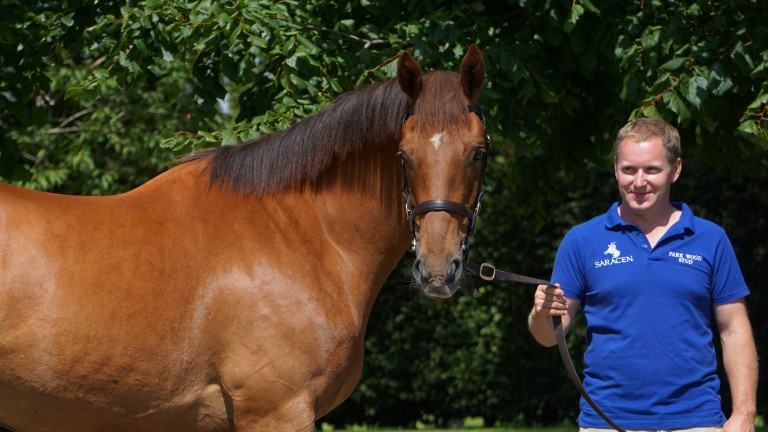 “We have 150 acres of railed paddocks of varying sizes, the majority having Keepsafe fencing with a mixture of flat and undulating ground. I've continued to add to the enormous amount of hedge and tree planting already in place and we're blessed with having free-draining limestone brash perfect for the development of young horses.

“We have a lunge pit and horse walker and I'm adding more land to the farm and building a new covered walker this year.”

Park Wood Stud is home to a band of broodmares both Flat and jumps owned by clients, while breaking and pre-training services are offered along with recuperation and sales work.

“My stud manager Matthew Darling is a huge asset, having had many years of experience both in racing and stud work, and is an outstanding young man at the top of his game,” Pitman enthuses.

Turning to her two lots going under the hammer at Doncaster next week, she says: “They both belong to me and are my first venture into pinhooking, which I decided was the way I personally wanted to go with the stud.

“The Flemensfirth gelding was a serious investment for my first purchase at Fairyhouse in 2017. I love Flemensfirth as a sire and was determined to buy a colt by him and this fellow ticked all the boxes and had great presence in the ring.

“He's grown into a lovely young horse and is an impressive, powerful looking type with light, elastic paces that should give him great scope for jump racing. He'll be an exciting prospect for his purchaser.

“Our Milan is a very athletic, racy looking filly who enjoys her work and who can really cover the ground. I bought her hoping that the efforts to encourage more fillies onto the racetrack would pay off with better prices for them at the store sales. She's grown a lot even since May and is looking fantastic.”

Operations at Park Wood Stud have mercifully been mostly unaffected by the coronavirus crisis and lockdown measures, although they did impinge on the social side of the business.

“We've been incredibly lucky throughout the pandemic with all the staff staying well and not missing a day,” says Pitman. “Our vets, B&W Equine, kept up all the necessary visits for our broodmares, so there was no disruption to their programmes and we were able to continue successfully walking them in to various stallions all over the country with the ‘stay in the lorry’ staff protocols.

“Putting back the date for the Goffs UK store sale has turned into a positive with the spring grass coming through so late this year. In lockdown we missed seeing our wonderful clients as much as they missed seeing their horses, but otherwise it's been business as usual really.”

Pitman won't be drawn on what she thinks the financial implications of Covid-19 might be, though.

“I'd rather not speculate about the effect of the virus on the market,” she says. "I remember Anthony Bromley saying to me several years ago, 'Don’t expect the store market to carry on going up the way it has done', but I don’t think he was predicting a pandemic! We'll all just have to wait and see what happens.”

In the longer term, Pitman is hoping to expand the business at Park Wood Stud.

“I'd like to add to our clients' broodmare band and carry out more sales work, both for the Flat market and National Hunt sales,” she says. “We have a very experienced team here capable of foaling and producing top-quality horses and I want to show the racing world what they can do.

“We'll continue with National Hunt pinhooking – we've put together a syndicate that owns four exciting looking two-year-olds to be sold next year – and I have three other two-year-old stores and three yearlings coming along too.”

Pitman has been assisted in her endeavours by bloodstock agent Richard Knight.

“I appointed Richard as my agent soon after buying Park Wood and his presence at the National Hunt foal sale at Fairyhouse certainly raised eyebrows,” she says.

“But finding a correct, athletic looking foal you can afford is the name of the game whichever way they're headed, and I've been delighted with our purchases and learned a lot from Richard, whose opinion I respect a great deal.

“We bought a chestnut filly by Shantou last year out of a black-type mare which I'm thrilled with, and I hope I might race her eventually and then start my own breeding programme.”

It's onwards and upwards for Park Wood Stud, but Pitman has one regret.

“It’s all much more exciting than farming but I wish I'd started 20 years ago,” she laughs.

FIRST PUBLISHED 6:43PM, JUL 22 2020
In lockdown we missed seeing our wonderful clients as much as they missed seeing their horses, but otherwise it's been business as usual