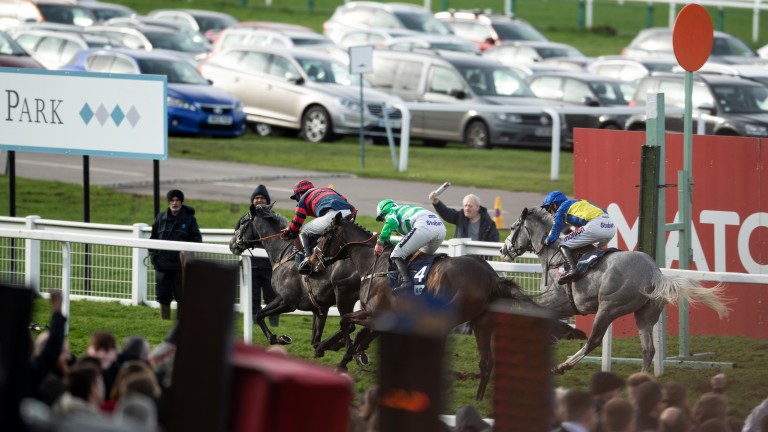 Misty Whisky earns a notable success in the Listed bumper at Sandown
Edward Whitaker
1 of 1
By Tom Peacock 5:58PM, MAR 25 2019

It would be remiss not to suggest that Distillery Stud has been finding the right blend for success this season.

Certainly the results on Imperial Cup day at Sandown this month would have been worth a toast or two for breeders Robert and Margaret Robinson, with their very own Misty Whisky taking the Listed EBF Stallions/TBA mares’ bumper and her half-brother One For Rosie, sold to Paul and Clare Rooney, being infamously denied by the winning post that never was in the EBF Final.

"If One For Rosie had got his nose in front at the second post, that would have been something else," says Robert Robinson, whose broodmare Whisky Rose is becoming something of a blue hen at his farm in Annan, on the Solway Firth in Dumfries and Galloway.

"I paid €9,500 for her as a foal because I just loved her breeding, by Old Vic out of a two-time winning Roselier mare. I thought 'this’ll make a smashing racemare' but unfortunately she got her foot caught and injured herself out in the paddock, and therefore she just went straight to stud." 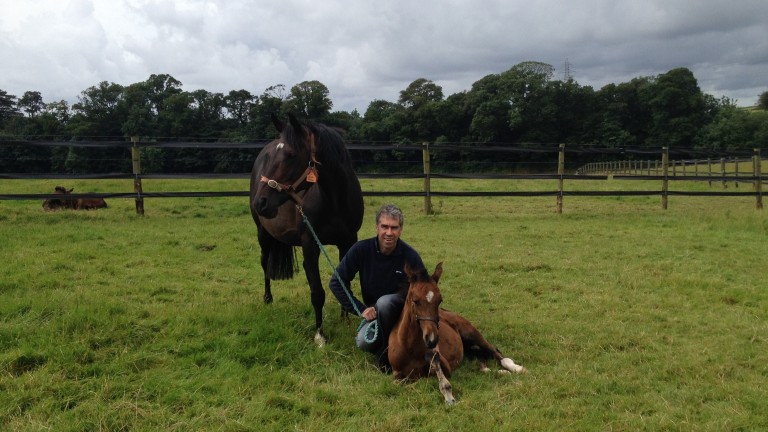 Robert Robinson has developed a thriving National Hunt stud in Annan
Fortunately, he had her Stowaway daughter Misty Whisky to take up the gauntlet instead. "The stud has about 14 broodmares and she was always a standout filly as a foal, as a yearling, a two-year-old and a three-year-old," he says.

"We prep a lot of ours for the sales at three. She came in, did all her work and ticked the box every time. We thought if we were ever going to have a go with one, this was the filly to have a go with."

Although they could barely have picked a trainer who was based further away, Dorset’s Harry Fry was chosen as her tutor because of a growing reciprocal admiration.

"Harry bought [classy half-brother] Air Horse One off us years ago. We sold him privately and I remember thinking if we get the horse into Harry, he’ll do the job and if the horse is any good, it’ll help us make it for the mare. He’s bought a few over the years at the sales, supported us that way, and knows the family, so that’s why we put Misty Whisky with him.

"She ran a cracker first time out at Liverpool, she was a bit green but finished off once the penny dropped and at Ludlow she did it really quite nicely and Sean Bowen loved her."

Robinson continues: "I’ve always had an ambition, if I had a filly good enough, to run in the mares' Listed race at Sandown. From a breeding perspective it’s a race that stands out big time for me. I’ve watched people like Robert Chugg running horses in it and thought I’d like to try and emulate what he’s done.

"To think you can go and win is a different kettle of fish altogether but you're hoping you can maybe run into the first three or four and get black type on your mare. The way she’s progressed, winning was never out of the question, but you never know until you’re up against it.

"I knew she wasn’t going to stop galloping before the line, it’s just the way she is, but to take on all those good fillies and come out on top, it just blew us away. My wife and myself were tickled pink and we’ve had a lot of nice congratulations from people in the business – they know how hard it is."

Options including Aintree are still to be discussed and the couple are inclined towards keeping Misty Whisky in training next season.

"You get asked if you’re going to sell the horse and all the rest, it’s a difficult one but we’re in it for having fun," he says. "We never intended putting her on the market. We felt we knew roughly how good she was and the idea was she’d come back into the broodmare line. At the end of the day if I sell her, I sell my best mare down the line. What’s the point?"

At least her dam is continuing to produce replacements in any event.

"She’s an amazing mare. You lead her out to the paddock and she just puts her head down and takes you there. She just marches on with you in hand, she’s a right battler and passes that through her offspring.

"She’s been lined up to be covered by Getaway this time and we’ve got a Dylan Thomas three-year-old filly who’ll go straight to stud and won’t race, and a lovely Ocovango two-year-old filly who, if we retired Misty Whisky, could hopefully slot in and take her place. There’s a Soldier Of Fortune yearling colt to sell too.

"I don’t want them all by Sadler’s Wells or Monsun, you’ve got to try to find a different cross for all those stallions." 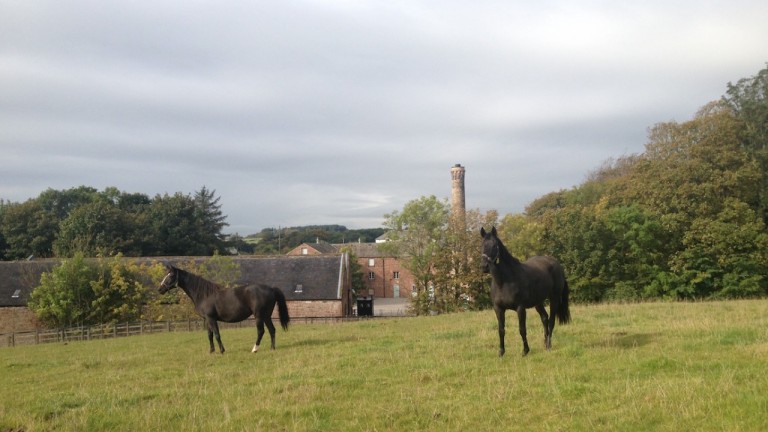 Distillery Stud's land has been in the hands of the Robinson family for almost a century
www.distillerycottages.co.uk
The Robinsons have just one full-time helper at the stud, which has been developed during this century. It has rolled out 17 winners this season as well as the useful but eternally frustrating Singlefarmpayment, while Mrs Malt has also been a terrific producer whose offspring have raked in around £500,000 at auction.

Robert himself rode in point-to-points and spent several years as an amateur with the formidable Captain Tim Forster, recalling that "the only trouble was Tim Thomson Jones was there at the time so he got all the rides".

Returning to the farm and looking to pursue his passion, he once stood the former Robert Maxwell-owned Mirror Boy as a stallion and quietly began buying and selling stock. His land has a fascinating history as Scotch had been manufactured there since the mid-19th century, including by Johnnie Walker, only for the premises to be shut down and stripped by the time of the first world war. Robinson’s grandfather, who ran the nearby Provost porridge oats mill, took over the lease in the 1920s but it is only recently that the distillery itself has been restored to its former glory under the Annandale brand.

"The old buildings are all listed but past their sell-by date as far as farming went, so we put them on the market about ten years ago," he explains. "This chap [David Thomson] came along and wanted to buy it but I said I could only sell if I knew what he was going to do with it. He said 'I’m going to turn it back into a working distillery'.

"They’ve been producing whisky for maybe three or four years now, it’s only about 30 yards in front of the house, and most of the stud is behind."

Although cattle, rather than horses, earn the enjoyment of the by-product, there are restorative benefits for Robinson too.

"When they move the alcohol out of the mash to the copper stills you can get a waft, well I call it an aroma," he confides. "If you’ve got a cold it’s quite good, it cleans you out and clears your head.

"There’s a visitor centre and the fields are full of horses in the summer, so people come down and it’s a bit different to seeing cows and calves there. It works well for everyone."

Now, it seems, there is more than one reason to make the trip.

The Oscar for leading sire at the Cheltenham Festival goes to...