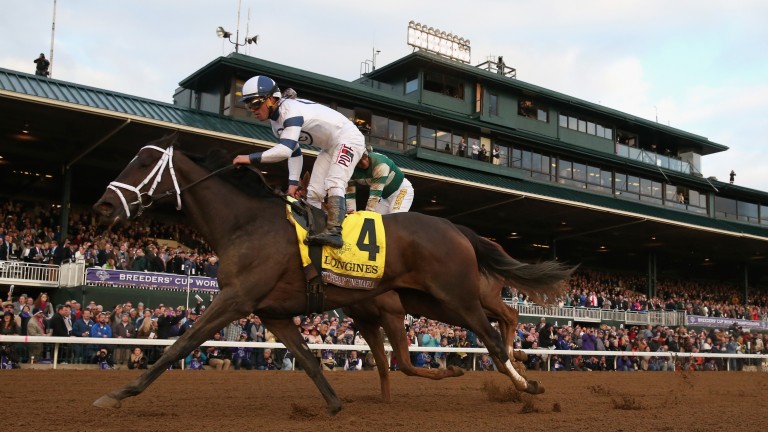 Breeders' Cup Distaff winner Stopchargingmaria will be sent to Pioneerof The Nile, having sold as a broodmare prospect for $2,800,000 to Three Chimneys Farm at the Fasig-Tipton November Sale in Kentucky.

Stopchargingmaria was trained by Todd Pletcher and raced from two to five, and in her juvenile campaign won the Grade 2 Demoiselle Stakes and Grade 3 Tempted Stakes. She continued her good run of form at three winning both the Grade 1 American Oaks and Grade 1 Alabama Stakes at Saratoga.

Her four-year-old campaign saw her win two Group 3 races and earn her biggest success in the Breeders' Cup Distaff, when beating the three-year-old Stellar Wind by a neck. She was also narrowly beaten in the Grade 1 Madison Stakes twice.

Pioneerof The Nile, who stands at WinStar Farm at a fee of $110,000, is the sire of Triple Crown winner American Pharoah.

Jacob West, director of bloodstock services at Three Chimneys Farm, told the Daily Racing Form: "She beat a litany of fillies in the Distaff that were just incredible. The race record speaks for itself, the pedigree speaks for itself. Tale of the Cat has gotten off to a phenomenal start as a broodmare sire, so we’re just excited to have her."