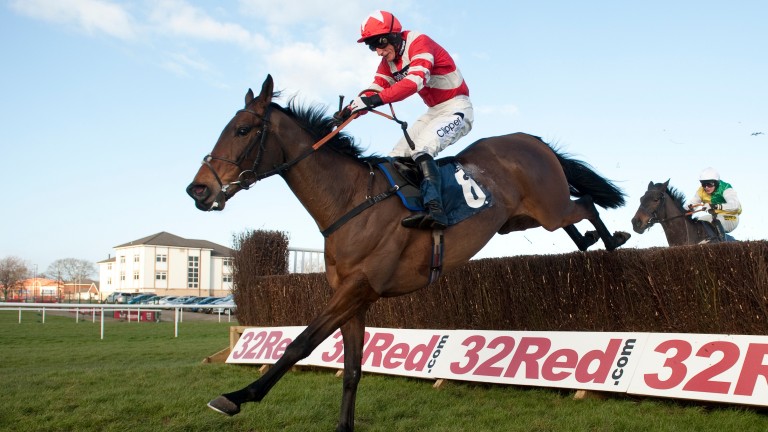 The horses in training section of the Goffs UK January Sale, which is scheduled to take place on January 24 and 25, has received a significant boost with the news that 14 lots from the estate of former leading owner Graham Roach will be offered during the first British sale of 2017.

Roach, who died in late-September aged 69, enjoyed a huge amount of success both as an owner and as a trainer. His greatest success as a trainer came with top-class hurdler Prideaux Boy, who won the Lanzarote and Swinton Hurdles and also finished fourth to See You Then in the 1986 Champion Hurdle.

Having taken the decision to relinquish his licence to concentrate on his business, Roach Foods, Roach had an even more fruitful time as an owner. The horse who brought him his most notable success was the dual Queen Mother Champion Chase winner Viking Flagship, who began his career with Martin Pipe before transferring to the care of David Nicholson, for whom he won four top-level races.

The 14-strong draft on offer at Goffs UK is comprised of both form horses and young stock. Of the proven performers on offer the likes of the Morito Du Berlais, who has a peak Racing Post Rating (RPR) of 144, Ruben Cotter (RPR 148) and the dual point-to-point winner The Happy Chappy are among the most eye-catching entries.

There are also unraced three- and four-year-olds by sires such as Fame And Glory, Flemensfirth, Presenting and Robin Des Champs due to come under the hammer from the draft.

Another dispersal due to take place during the January Sale is that of Alnwick-based trainer Victor Thompson, who has called time on his training career to focus on farming. He will disperse 17 form horses at the auction, including three-time winner Chanceofa Lifetime and the prolific point-to-point winner Sharivarry.

The catalogue is also set to include drafts from racing powerhouses Godolphin and Shadwell, as well as a mixture of point-to-point and bumper winners, while over 125 National Hunt foals and 30 National Hunt mares will also come up for auction.

Entries for the sale will be taken until January 6, with the catalogue due to be published on January 11.

FIRST PUBLISHED 8:00PM, JAN 2 2017
Of the proven performers on offer the likes of the Paul Nicholls-trained trio Morito Du Berlais, Ruben Cotter and The Happy Chappy are among the most eye-catching