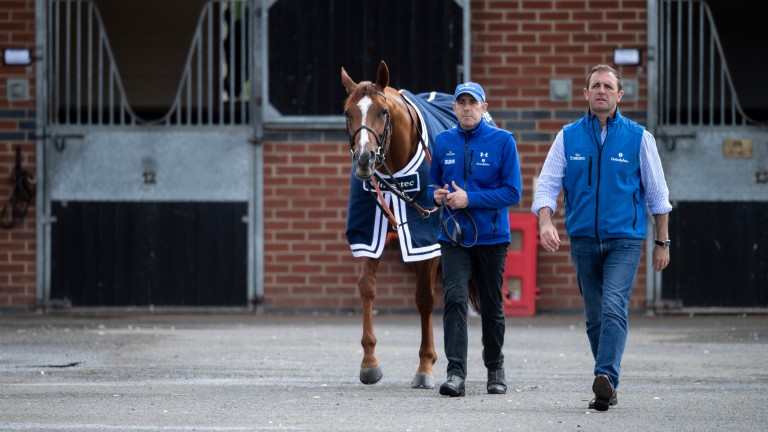 Even in Godolphin’s gilded paddocks there will not be too many more important juveniles to be making their debuts than Sayyida, who starts off away from the major action in the opening race at Newmarket on Saturday.

She is a half-sister to Masar, who memorably gave Sheikh Mohammed a first homebred winner in Godolphin blue in the 2018 Derby and has completed his first season standing at Dalham Hall Stud.

Relive Masar's finest hour in the 2018 Derby at Epsom

Masar, who also won the Craven and Solario Stakes, is the only offspring of his top-notch mare Khawlah to have appeared on the track so far.

Fellow chestnut Sayyida is the result of a 2017 cover by Dalham Hall leading light Dubawi and begins over a mile in the five-runner Close Brothers Motor Finance EBF Stallions Fillies' Novice Stakes.

Among her rivals are another Classic-related sibling in St Leger winner Logician’s Kingman half-sister Monsoon Moon, who was a good third on her debut.

Godolphin have returned to Masar’s sire New Approach for two subsequent matings, yielding a yearling colt and a filly foal. Khawlah, who is from a direct female line to Urban Sea, won both the UAE Derby and Oaks in 2011 and was subsequently covered by Too Darn Hot.