Derby winner to stand at Grange Stud for 2017 season 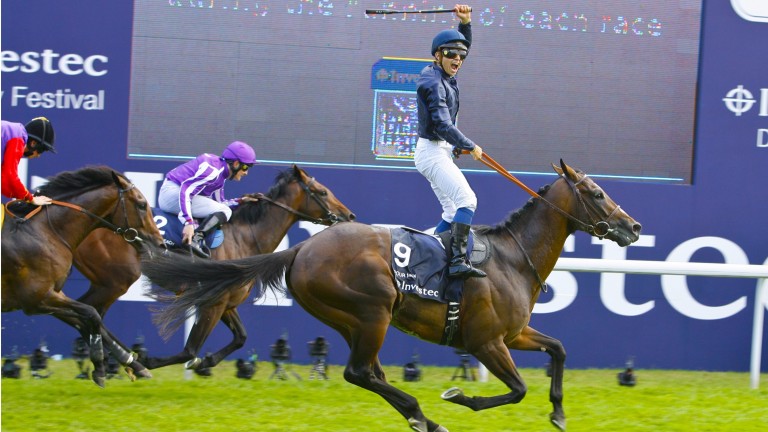 Derby winner Pour Moi is to stand at Grange Stud for the 2017 breeding season under the Coolmore National Hunt banner.

The nine-year-old son of Montjeu, who was bred by Lynch Bages out of the Darshaan mare Gwynn, was trained by Andre Fabre to win as a two-year-old before going on to land the Derby at three.

Since retiring to stud, he has supplied the likes of Group 1 scorer Sacred Elixir, Group 3 winner Only Mine, and the Listed-winning Diamonds Pour Moi. His oldest crop are four-years-old and from limited runners over jumps, he is the sire of Alan King’s smart hurdler Coeur De Lion and Quids In, who was an impressive 13 length winner of maiden hurdle at Uttoxeter for Oliver Greenall.

Being a son of the late Montjeu, Pour Moi could be well worth keeping an eye on as a jumps stallion at stud as other sons of the late Coolmore resident who are National Hunt sires include Walk In The Park, Scorpion, Leading Light and Montmartre.

A fee for Pour Moi will be announced at a later date.

FIRST PUBLISHED 5:32PM, FEB 21 2017
Since retiring to stud, he has supplied the likes of Group 1 scorer Sacred Elixir and Group 3 winner Only Mine