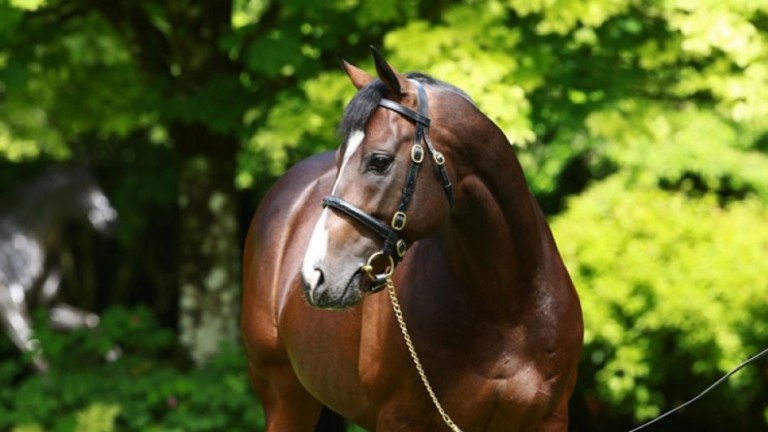 The 2011 Derby winner Pour Moi is on the move again, this time heading to Haras de Vains in Normandy.

A son of Montjeu, he has already managed the rare feat of landing the Epsom Classic and siring a winner of the same race through Wings Of Eagles as well as the Australian Group 1 scorer Sacred Elixir.

Pour Moi spent five seasons at Coolmore before three more as a dual-purpose offering at Grange Stud, and has plenty of young jumpers on the ground. He moved to Haras de Cercy for the 2020 season.

Adrien Delaroque, who runs Vains, told Jour de Galop: "Pour Moi has a very good profile for obstacles. He is a son of Montjeu, winner of the Epsom Derby, that's very good. I'm glad to have him."

Delaroque has priced Pour Moi at €2,500 for colt foals and €2,000 for filly foals, adding: "There is no trade for females, and breeders are often unhappy when they have one. So I think that by putting a lower price for a female is better for breeders."

The stud has taken on another stallion from Cercy in Rail Link, who is subject to the same offer. The 2006 Arc and Grand Prix de Paris winner is responsible for the likes of Australian Cup scorer Spillway and the consistent mare Chain Of Daisies, having begun life at Banstead Manor.

The third member of the team, smart miler Racinger, remains at €1,600.

Coolmore-consigned Horoscope on top at Tattersalls at 325,000gns

A Group 1 filly with the chance of becoming one of Tattersalls' first ladies Lots to keep an eye on at an intriguing Tattersalls December Mares Sale Joe Foley takes an expert view as 2021 foal action concludes Japan to stand at Gestut Etzean after Tokyo swansong Flintshire to stand at Haras de Montaigu in 2022 Emotional result for Swinburn as Godolphin land 1,800,000gns Dubawi colt