Deep Impact out of action for remainder of 2019 covering season 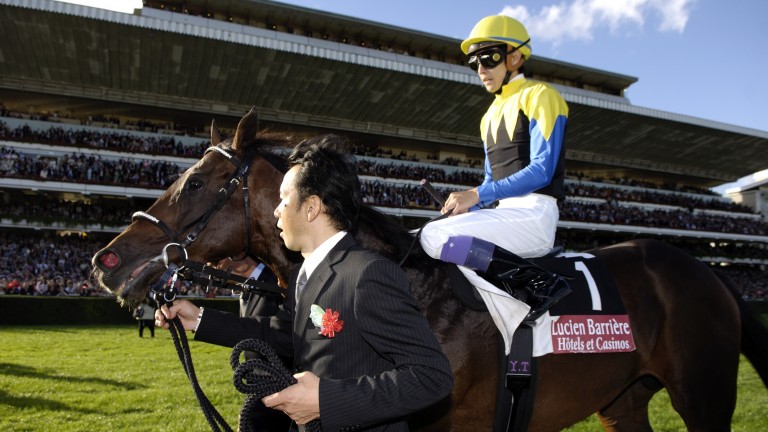 Shadai Stallion Station has confirmed that Japan's leading sire Deep Impact will be out of action for the remainder of the 2019 covering season after suffering from neck pain.

A stud spokesperson said: "Deep Impact has a pain in his neck during his daily exercise, but it is not life-threatening.

"We will protect him for the rest of the season to prevent his injury from becoming worse.

"The number of foals to be born next year is expected to be around 20. From now on, we'll try to improve his physical condition for next year's breeding season."

The son of Sunday Silence is still expected to sire a limited crop of around 20 foals next year.

Not only does the announcement represent a significant blow to Shadai Stallion Station, but also the many breeders who have pencilled in visits to Deep Impact for their highest achieving mares.

Vegas Showgirl, the dam of Australian wondermare Winx, was confirmed in foal to him last December, while Coolmore's support of the stallion in recent years paid off in emphatic style last May with Saxon Warrior claiming the 2,000 Guineas.

Deep Impact, who has sired 39 top-flight winners, has been crowned champion sire by progeny earning in Japan every year from 2012 until last year, and looks on track for his eighth champion sire title this year.

He once again demonstrated his brilliance as a sire on Sunday when siring the first and third home - Al Ain and Wagnerian - in the Grade 1 Osaka Hai at Hanshin on Sunday.

FIRST PUBLISHED 11:03AM, APR 2 2019
From now on, we will try to improve his physical condition for next year's breeding season