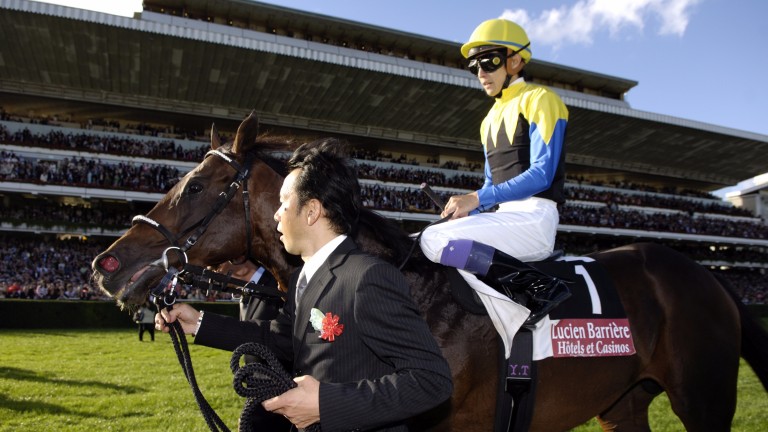 Shadai Stallion Station has released the 2017 fees for its near 30-strong roster. Champion racehorse Deep Impact, who sired this year's impressive Prix d'Ispahan winner A Shin Hikari, has been confirmed at a fee of ¥30 million (£214,000/€252,000) and is already fully booked for the season.

Lord Kanaloa and Orfevre, both with their first runners in 2017, covered 263 and 244 mares respectively.

Rulership was the busiest Shadai stallion in 2016 with 280 mares.

Shadai have steadily been increasing the workload for King Kamehameha and after some depleted crops he covered 151 mares in 2016.