Debutantes by Dubawi and Galileo on show at Chantilly

French maiden runners on Tuesday have high-class dams as well 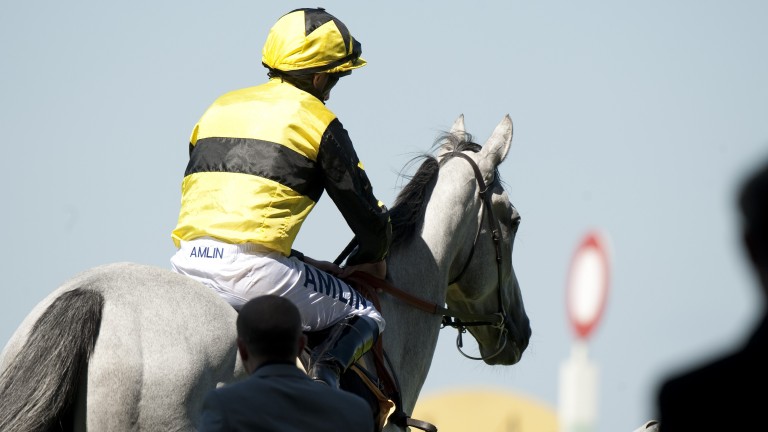 Strawberrydaiquiri: the Royal Ascot winner is represented as a dam at Chantilly
Edward Whitaker
1 of 1
By Martin Stevens 8:34PM, APR 2 2018

The turf Flat season is being slow to warm up in Britain – in all senses of the words thanks to a bout of cold, wet weather – but in France the action has been simmering nicely for a while.

In the last week we have been treated to Solesili, a Dansili colt who is the first surviving foal out of Arc heroine Solemia, winning on debut at Chantilly and Rabdan, a son of Frankel and Grade 1 scorer Shotgun Gulch, breaking his duck by nine lengths at Saint-Cloud – albeit both races came on bottomless going.

There are more beautifully bred maiden runners set to run in France on Tuesday with an interesting card at Chantilly.

View the racecard at Chantilly on France Galop

C'Est Ca, trained by Andre Fabre for Mayfair Speculators and Michael Tabor, is by Galileo out of Grade 1 Frizette Stakes winner A Z Warrior, making her a sister to Listed winner Key To My Heart.

Her stablemate and opponent Zalzalah is set to carry the silks of Sheikh Joaan Al Thani.

She is by Dubawi out of Windsor Forest Stakes and Dahlia Stakes winner Strawberrydaiquiri, also runner-up in the Sun Chariot.

The debutantes might have their work cut out taking on better experienced rivals, though.

They include Msaikah, a Galileo half-sister to stakes winners Tropaios and Skia bought as a yearling at Book 1 for 300,000gns. Formerly trained by Luca Cumani, for whom she finished sixth at Chelmsford in November, she is now with Henri-Francois Devin.

Also in the care of Devin is Duchess Of Danzig, a daughter of Sea The Stars and German Oaks runner-up Djumama who is owned by Nicholas Hartery. She was a promising fifth on debut at Chantilly in November.

Look out also at Chantilly for the colts' and geldings' version of the fillies' maiden, the Prix du Pont du Roi (2.50/1.50). Among the runners is the Wertheimer brothers' homebred colt Galikor, a son of Dansili and their Prix Vermeille winner Galikova who was seventh at Deauville in October.

Galikova is a half-sister to the great Goldikova. Their dam Born Gold, who also produced Group 1-placed Anodin, died only last week.

Who will win battle of the generations as Galileo and Frankel go head to head?