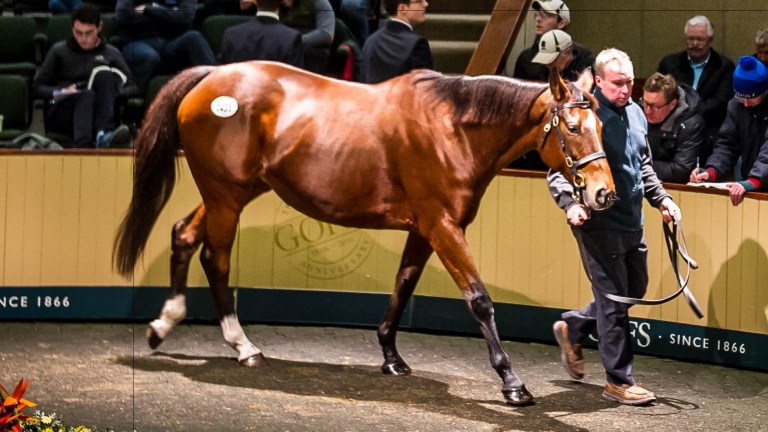 White Birch Farm, the operation that took the breeding-stock sales by storm last winter, celebrated its first winner on Thursday.

Parauari, a three-year-old gelding bought for €150,000 from the Wildenstein Stables dispersal at Goffs, scored in a 1m1f race at Dieppe from the Soul City filly Jazz Melodie.

Trained by Alain de Royer-Dupre for White Birch Farm, Parauari was previously trained by Francis-Henri Graffard for the Wildenstein family and won on his second start at Vichy last August.

He is by Lawman and out of a winning daughter of the Wildensteins' Prix de l'Arc de Triomphe hero Peintre Celebre. His third dam is the family's brilliant racemare Pawneese, winner of the Oaks and King George VI and Queen Elizabeth Stakes.

White Birch Farm is led by American entrepreneur Peter Brant, owner of the great mare Triptych towards the end of her racing career, owner-breeder of Breeders' Cup Sprint winner Gulch and breeder of that horse's Kentucky Derby-winning son Thunder Gulch.

The outfit signed for at least 20 lots from the Wildenstein Stables dispersal conducted by Goffs last year, including Beauty Parlour, a Classic-winning daughter of Deep Impact, for €1.6 million, and Amerique, a daughter of Galileo and three-time Group 1 winner Aquarelliste, for €975,000.

It was also active at other sales, and gave $1.1m for the Grade 2-winning Candy Ride mare Paid Up Subscriber at Fasig-Tipton. She is set to run for Brant and associate Joseph Allen in the Grade 1 Ogden Phipps Stakes at Belmont on Saturday.