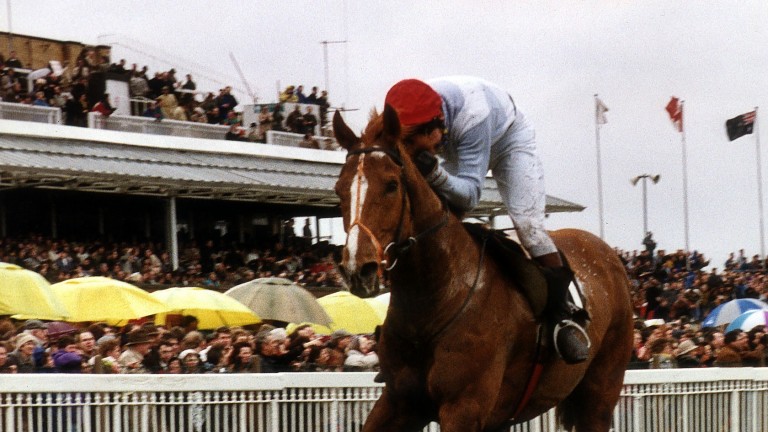 Respected New Zealand breeder Jeanette Broome – who holds the extraordinary distinction of having produced winners of two of the world's most popular races, the Grand National and Melbourne Cup – passed away on Saturday. She was 81.

Broome, who was awarded the New Zealand Order of Merit for services to the thoroughbred industry in 2000, bred Seagram from her Bally Royal mare Llanah. The son of Balak was trained by David Barons – who himself died in New Zealand last month – for Sir Eric Parker and he defeated Cheltenham Gold Cup hero Garrison Savannah to win the 1991 Grand National by five lengths.

That year Broome was a popular winner of the inaugural BMW New Zealand Breeder of the Year title.

Seven years later she tasted big-race success closer to home when the Zabeel mare Jezabeel, out of Passefleur, was a brave winner by a neck of the Melbourne Cup for trainer Brian Jenkins.

The best horse Broome raced herself was her homebred Crested Wave mare Moire, who won eight races including the prestigious Easter Handicap at Auckland, while with long-time associate Don Gordon she campaigned the classy stayer Full Noise.

Broome first became involved in racing when she and her late husband Jack ran a hotel whose guests included horsemen attending the National Yearling Sale at Trentham.

After selling their interest in the hotel in 1973, the couple purchased 97 acres at Eureka near Jamilton and Jeanette pursued her passion for horses under the name of Loch-Haven Thoroughbreds.

“She bred three Group 1 winners and the Grand National winner, which was quite amazing for a small breeder,” Moore said. “We were friends for many years and when I was in Australia I had my mares with Jeanette. She just loved her horses.”

Broome was predeceased by husband Jack and she is survived by children Paul Broome and Carey Godden and their spouses, grandchildren Nicholas, Samuel, Emma, Bridie, Annalies, Jonathan and Abigail and eight great-grandchildren.

A service to celebrate Broome's life will be held at Hamilton Park Crematorium Chapel on Friday, March 9.

FIRST PUBLISHED 3:51PM, MAR 6 2018
She bred three Group 1 winners and the Grand National winner, which was quite amazing for a small breeder