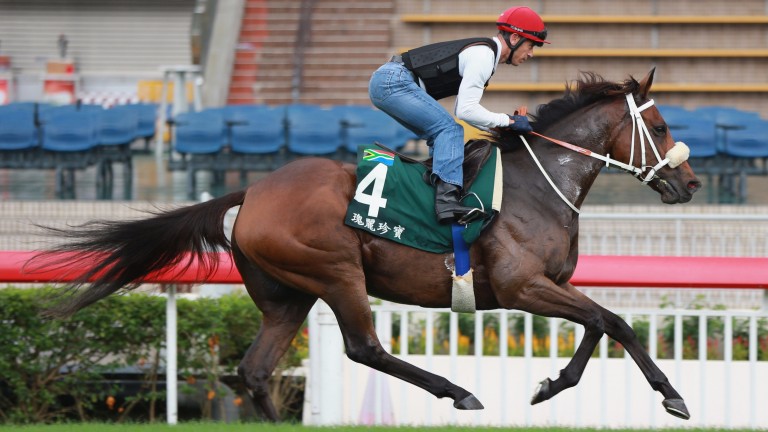 Leading South African trainer Mike de Kock has expressed his frustration after the death of his former stable star Igugu – one of the country's foremost racemares of recent years – was discovered long after the event.

South Africa's TSA News was researching Igugu's stakes-placed half-sister Ngaga when it found that the Australian Stud Book had recorded the death of the daughter of Galileo at stud in Europe on November 24, 2016.

“This is simply bizarre,” said de Kock, according to his website. “It boggles my mind that it took the best part of a year for us to get to know about Igugu’s death when she’s the type of mare who’d deserve a state funeral!

“All of us at the stable are taken aback by this and sad, but we won’t dwell on the fact that the info came to us so terribly late.

“Igugu was a wonderful champion in all respects, a top mare with vast amounts of courage and a big favourite to all in the yard. We salute her with fond memories.”

Igugu, who was nine at the time of her death, was arguably one of the best performers left by Galileo during his brief southern-hemisphere shuttling career at Coolmore in Australia.

Bred by Kia Ora Stud out of the Intikhab mare Zarinia, she was bought for A$65,000 at the Inglis Premier Yearling Sale in Melbourne and resold at the Emperors Palace Ready To Run Sale in South Africa to Andre MacDonald for R1 million.

At four she landed the Ipi Tombe Challenge and J&B Met and in the following season she took in an international campaign, finishing fifth in the Dubai Duty Free at Meydan, eighth in the Audemars Piguet QEII Cup at Sha Tin and second in the Listed Rosemary Stakes at Newmarket.

Igugu was crowned South Africa's champion three-year-old filly and voted the country's horse of the year that season, and was the top-weighted older mare at four.

She headed to Europe for her breeding career and her first foal, a two-year-old Dansili filly named Atlaal, is in training with Hugo Palmer in Newmarket.

Igugu also has a yearling colt by Dansili and had been covered by Invincible Spirit last year.

FIRST PUBLISHED 9:51PM, JUL 29 2017
All of us at the stable are taken aback by this and sad, but we won’t dwell on the fact that the info came to us so terribly late