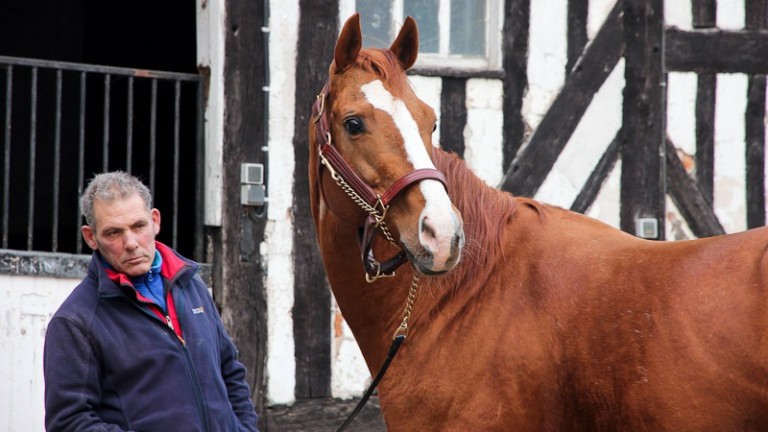 Gemix: son of Carlotamix has his first three-year-olds in racing stables
Alex Vanhaecke
1 of 1
By Martin Stevens UPDATED 10:45PM, JAN 21 2019

Outstanding French hurdler Gemix may have run way below his best on his sole run in Britain, when failing to settle and tailing off in the Relkeel Hurdle at Cheltenham in 2013, but now at stud in Normandy there must be a chance one or more of his offspring can avenge their father's defeat if they are exported across the Channel in the coming years.

The first foals by the 11-year-old son of Carlotamix are now aged three and, due to the earlier programme for young hurdlers in France, some of his debut crop of 30 could be seen out on the track in the coming months.

“Gemix himself was precocious enough to run on the Flat eight times at two before going on to conquer Auteuil and, with the first three-year-old hurdles in France coming up in March, the hope is that several of his first crop will be out early," said the stallion's marketing manager Alix Vanhaecke as he was paraded at Haras de Victot for the Route des Etalons at the weekend.

“Bertrand Lefevre is reported to have joked that 'if they had two-year-old hurdles in France my Gemix progeny would have been ready to go'.”

Gemix raced over four and a half furlongs in the spring of his juvenile season but found fame when sent over hurdles by trainer Nicolas Bertran de Balanda and owner Francis Teboul later in his career.

He landed back-to-back editions of the Grande Course de Haies d'Auteuil under Cottin in 2013 and 2014, beating the reigning World Hurdle and Aintree Hurdle winner Solwhit by eight lengths the first time.

Cottin, now impressing in his young training career, is listed by France Galop as having a trio of three-year-olds by Gemix in his care – the geldings Gemystory and Le Berry, and the filly Klaramix.

No doubt any of those early-bird hurdlers for Gemix who show promise in France could find themselves snapped up to race in Britain and Ireland in the 2019-20 National Hunt season.

FIRST PUBLISHED 3:22PM, JAN 21 2019
Gemix himself was precocious enough to run on the Flat eight times at two before going on to conquer Auteuil