Date announced for racing's next big step before Brexit

Answer on third country status for Britain is crucial for agriculture 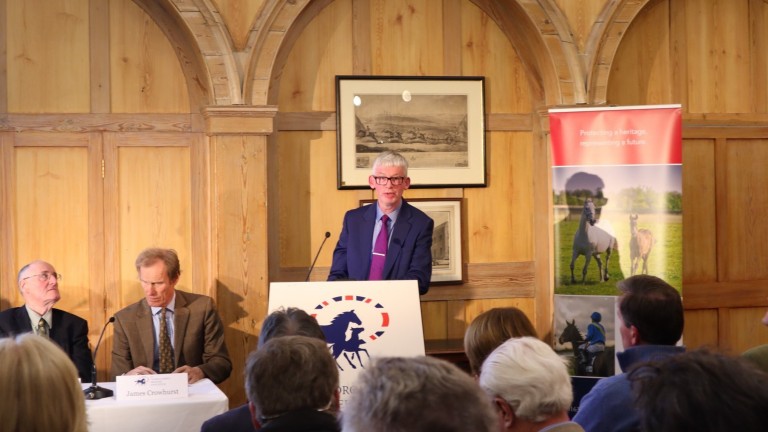 Another vital date has been added to the racing agenda this month with the news that the European Commission will consider Britain’s case for approved third country listing on March 20.

The outcome has huge consequences for agriculture and in the thoroughbred industry it is particularly important for horses travelling to France and Ireland, currently covered under a tripartite agreement that will expire should the country leave the European Union on March 29 without a deal, depending on the status of a transition period.

As part of an Extraordinary General Meeting of the Thoroughbred Breeders’ Association in Newmarket, further details of the impact of Brexit were outlined by Simon Waterfield, a policy manager for the Department for Environment, Food and Rural Affairs (Defra).

"Obviously if we don’t get any listing by day one, then movements of equines from the UK to the EU will no longer be able to continue, so it’s essential that we get that listing," Waterfield explained.

"We have just received confirmation from the Commission that the meeting of the chief vets across Europe, which will be the one that decides on that listing, has now been scheduled for March 20.

"I should say that the UK has applied for listing for the range of live animals, of which equines are only one group, so we are anticipating that that meeting will consider listing across all live animals. In case the discussion needs to continue, on the 26th they have provisionally booked a follow-up meeting.

Waterfield said that this should still be considered "an encouraging development".

He added: "Whilst this is about the UK and our leaving the EU, movements of equines and live animals are important to all other member states, particularly in the case of equines for Ireland and France, and that hasn’t been lost on either member states or the Commission. No doubt it fully understands the consequences of what us not getting the listing is going to be, and how difficult it’s going to be not just for the UK but other parts of Europe."

Subject to this listing, we will find out what will be required for thoroughbreds in order for them to travel.

In the event of a no-deal Brexit, horses will need an Export Health Certificate (EHC) and up-to-date blood tests whenever they leave the country - even for a race or a stud booking.

They will also have to pass through specific Border Inspection Posts (BIPS), but currently these only exist at Dublin and Shannon Airports and not at ferry ports either on the French side of the Channel or the Irish Sea. A doomsday scenario would essentially mean horses could only be flown to their destinations.

Choosing his words carefully, Waterfield said: "We know that the French are particularly interested in establishing links along existing routes, around the Channel Tunnel for example, and the Dover Calais ferry routes, and we know that Ireland are considering, again.

"I wouldn’t want to give you the impression that it’s entirely doom and gloom but we just need to be realistic that at the moment the process is such that the options for movement are somewhat limited, I’m afraid."

The meeting also included some voting procedure and an update on the equine flu situation, but chairman Julian Richmond-Watson set the tone in his introductory speech.

"Whatever happens, life will not be the same for the movement of horses from Great Britain to Ireland, whether that’s on March 30 2019, or January 1, 2021, is up to the politicians, but we need to be prepared for whatever the EU decides, and to implement that travelling horses will be a short, sensible and recorded regime," he said.

"We are therefore working with Weatherbys and Defra to produce a system we can all use when the time comes, and we’ll be trialling that very soon. Defra have been very positive and supportive over this issue."

FIRST PUBLISHED 5:51PM, MAR 6 2019
Obviously if we don?t get any listing by day one, then movements of equines from the UK to the EU will no longer be able to continue