The 11-strong cohort is headed by Medaglia D'Oro 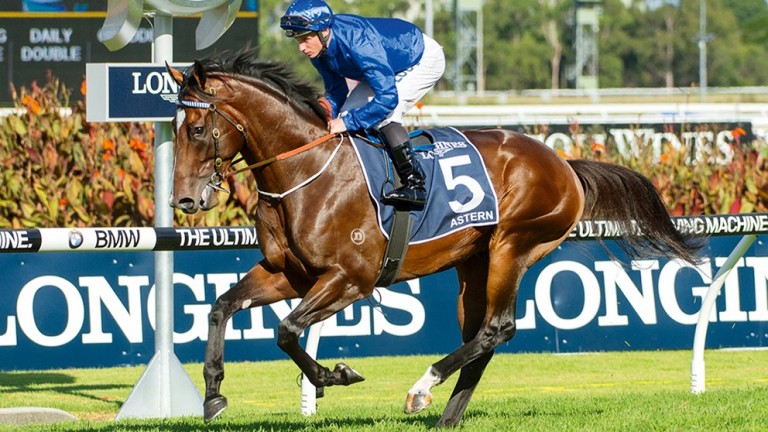 Astern: won the Silver Slipper Stakes as a juvenile, a key trail for the Golden Slipper
Darley
1 of 1
By Ollie O'Donoghue UPDATED 8:12PM, OCT 25 2017

Darley have released 2018 fees for its US roster based at Jonabell Farm in Kentucky, following hot on the heels of neighbouring farms  Spendthrift and Taylor Made.

New addition Astern was retired to the operation's Kelvinside Stud in Australia this year and will cover a limited book of 120 when he shuttles to Jonabell next year, where he will be offered to breeders at a fee of $15,000.

The four-year-old Astern will stand alongside his sire Medaglia D'Oro, who is in receipt of the biggest hike, upped from $150,000 to $200,000. Bolt D'Oro and Elate have each scored twice in elite races in recent weeks for the 18-year-old son of El Prado.

Animal Kingdom has supplied three first-crop stakes winners and has seen no change to his fee of $30,000, while Bernardini will no longer command a six-figure fee as he has been clipped from $100,000 to $85,000.