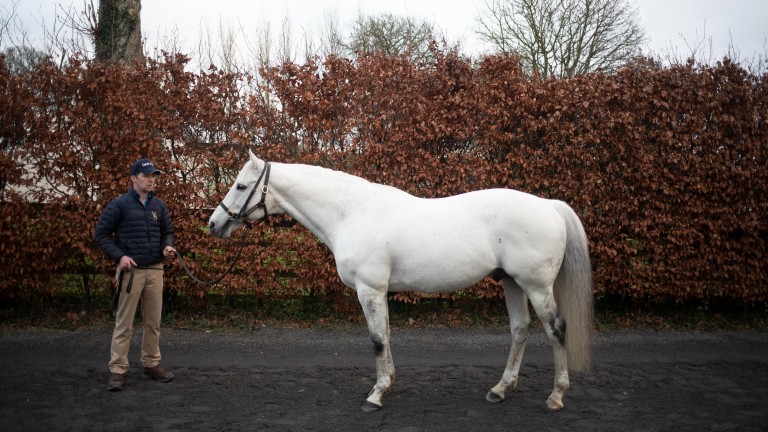 Yeomanstown Stud's Dark Angel powered into the lead at the head of the Royal Ascot sires table with a day two double courtesy of Indie Angel and Real World.

Godolphin homebred Real World brought up the Dark Angel three-timer with a wide-margin victory in the Royal Hunt Cup. 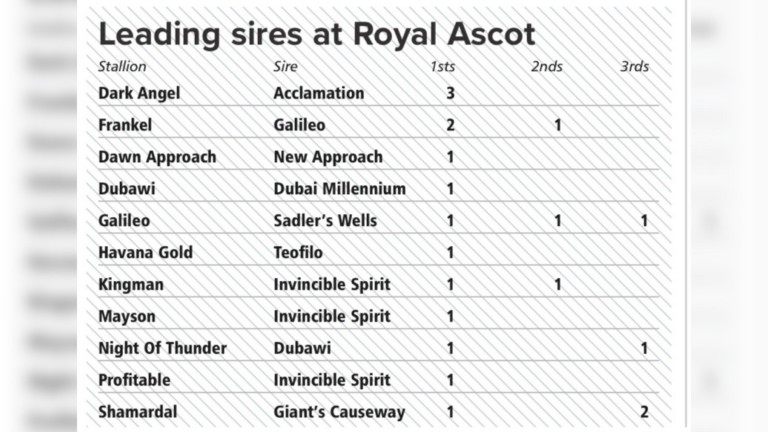 Second place on the table belongs to Banstead Manor Stud's Frankel, who has been represented by a pair of winners in Wolferton Stakes scorer Juan Elcano and Amtiyaz who struck in the Copper Horse Stakes, a race in which Frankel also supplied the runner-up Dubious Affair.

Tweenhills' Havana Gold, who is enjoying a real purple patch with his juveniles, also got on the score sheet when Chipotle claimed the Listed Windsor Castle Stakes. Eight other sires have also supplied one winner apiece in Dawn Approach, Dubawi, Galileo, Kingman, Mayson, Night Of Thunder, Profitable and Shamardal.