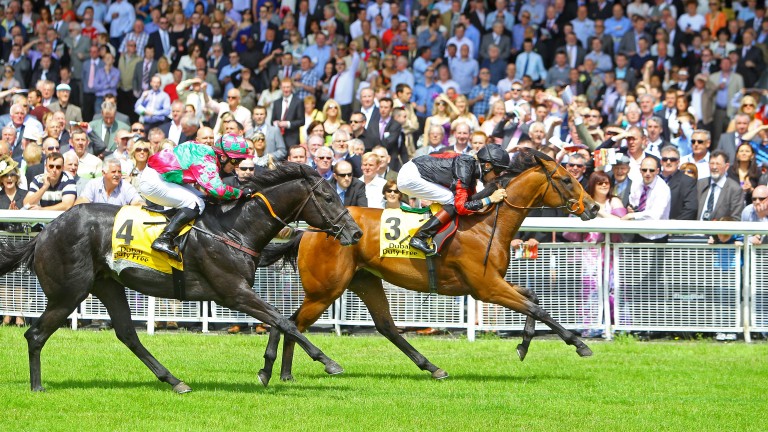 Tough As Nails has joined Eliot, Policy Maker and Saddex on the stallion roster at Blackrath Stud in County Kildare.

The first-crop son of Dark Angel was trained by Michael Mulvany to win the first two-year-old race of the Irish Flat season at the Curragh in 2011 only to be demoted to second in the stewards' room.

He broke his maiden by seven lengths on his next start before running Power to a short head when second in the Marble Hill Stakes, finishing second to Lilbourne Lad in the Railway Stakes and taking third behind La Collina in the Phoenix Stakes.

Tough As Nails had been covering small books of mares at Old Meadow Stud in County Kildare and his few racecourse representatives have fared well, with nine winners from 20 runners for a strike-rate of 45 per cent.

His best progeny include Tough Remedy, a four-time winner, and The King Of Kells, who has struck three times and was a close third in the competitive Madrid Handicap at Naas last month.