The Juddmonte-bred four-year-old hails from a top family 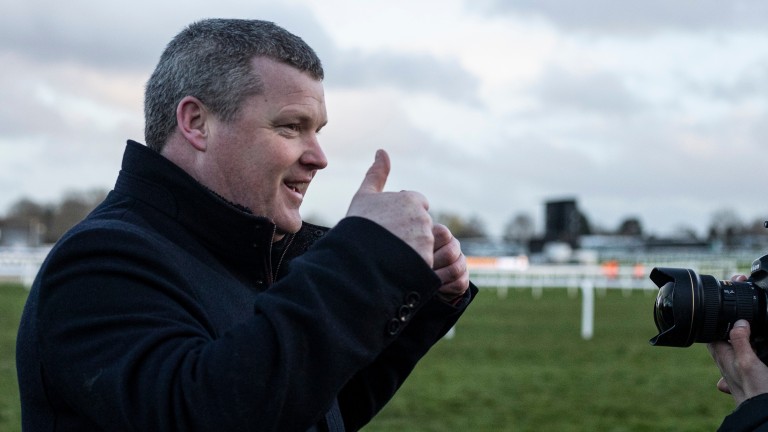 A Dark Angel three-parts brother to a Breeders' Cup Mile winner is not the sort of pedigree one would imagine running in a bumper at Naas, but Gordon Elliott takes the wraps off the four-year-old relation to Expert Eye on Wednesday.

Bred by Juddmonte, Eyewitness hails from a typically deep family, being not only a close relation to the Banstead Manor Stud resident but also a half-sibling to the winning Kingman pair Duty Of Care and Clerisy.

Exemplify, a daughter of the mighty Dansili, is herself a half-sister to 1,000 Guineas and Cheveley Park heroine Special Duty and is out of Quest To Peak, a full-sister to seven-time Grade 1 heroine Sightseek and a half-sister to Rahy, a dual top-level scorer for Bobby Frankel. 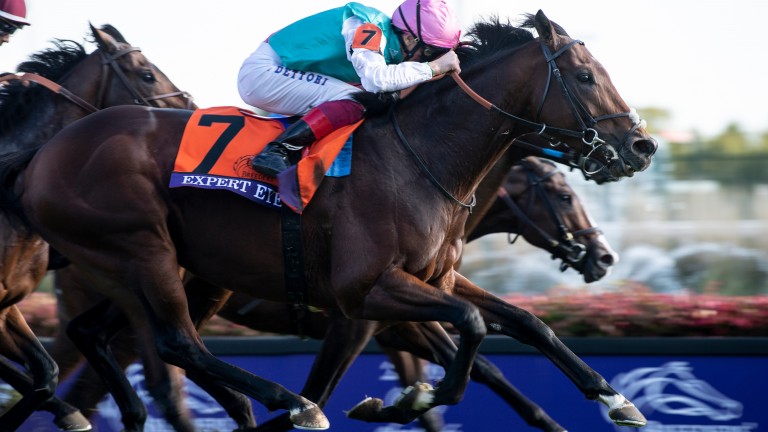 Among the four-year-old's eight rivals are the Willie Mullins-trained Belle Metal, a Soldier Of Fortune filly from the family of Themoonandsixpence, and the Jessica Harrington-trained Boola Boola, an Invincible Spirit half-brother to Group 3 scorer Sky Kingdom.

FIRST PUBLISHED 2:28PM, JAN 11 2021
Among the four-year-old's eight rivals is the Willie Mullins-trained Belle Metal, a Soldier Of Fortune filly

Atalis Bay the latest star for Anglo-Italian Scuderia Blueberry Finding Ascot hero Rohaan just one tool of the trade for Martin Wanless 'This sale is just the consequence of a long and gradual walk away' Tech entrepreneur Graham Smith-Bernal reveals purchase of Newsells Park Stud Bargain buys and a £4,000 sire in elite company among Royal Ascot talking points Joan Of Arc provides yet more Classic glory for the incredible You'resothrilling