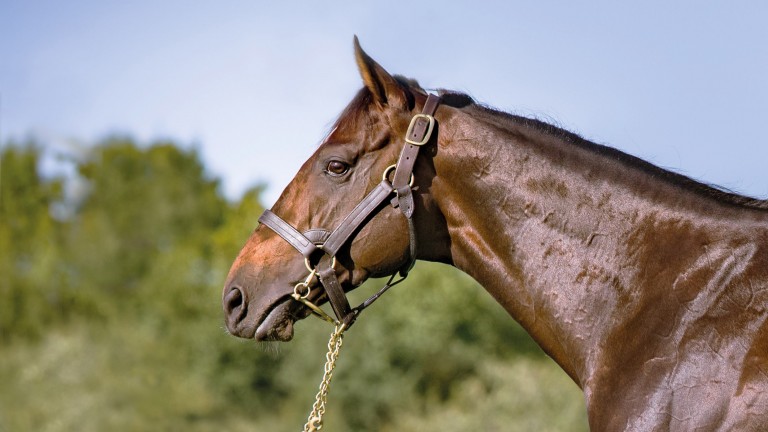 The Andrea Marcialis-trained filly was considerably more impressive than the winning margin implied as she lost considerable ground at the start over the 5f trip. Soon able to catch up with the rest of the field, she quickened up smartly to win going away.

With the victory, she continued the good start made by Dariyan, who has also sired a placed performer from just three runners. Standing at the Aga Khan’s Haras de Bonneval at a fee of €8,000, Dariyan has 68 two-year-olds to run for him this year.

Dariyan won three times as a three-year-old, including in the Group 2 Prix Eugene Adam, before placing third in the Group 1 Hong Kong Vase to Highland Reel. His career-best rating of 120 was achieved when winning the Group 1 Prix Ganay at four before finishing runner-up in the Group 1 Prix d’Ispahan. He retired as a model of consistency, winning or placing in ten of his 13 starts.

His sire is the revered and late Shamardal, a proven sire of sires through Lope De Vega. Shamardal’s success with his sons looks set to continue in siring three Group 1-winning colts last year, in addition to Blue Point joining the stallion ranks.

Dariyan is from a deeply successful Aga Khan female line. His first dam Daryakana won the 2009 renewal of the Hong Kong Vase and each of her four runners to date have achieved black type.

Off the mark: Goken gets on first-season sire board at Chantilly

Dariyan’s grandam Daryaba was crowned champion three-year-old filly for wins in the Group 1 Prix de Diane and Group 1 Prix Vermeille. He also hails from the family of Darjina and Almanzor.

Interestingly, Princesse De Saba, a €12,000 yearling purchase, has proved to be more precocious than her dam Aniysa, a daughter of Dalakhani who won over 1m4f on her debut at three. Dariyan’s yearlings sold for up to €115,000, averaging over €25,000.