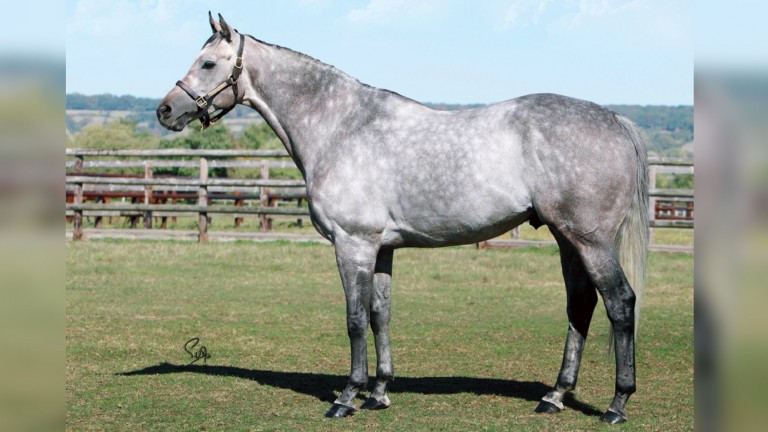 Annshoon Stud will stand the Danehill Dancer stallion Sumbal for the 2020 breeding season, with the seven-year-old set to relocate from Haras de Grandcamp in France, where he stood his first season this year.

Sumbal was bred by Aleyrion Bloodstock and is one of three black-type runners out of the Group 1-placed Linamix mare Alix Road, and shares his sire with Jeremy, who was a great loss to Irish jumps breeders having sired the likes of Our Conor and whose son Success Days recently joined the Kilbarry Lodge Stud roster.

Trained in the earlier part of his career by Francis-Henri Graffard, Sumbal won his first three starts as a three-year-old, culminating in success in the Group 2 Prix Greffulhe over a mile and a quarter, and achieved his highest Racing Post Rating of 116 when a close second to Garlingari in the Group 3 Prix Exbury the following year.

The attractive grey - who stands at 16.2hh - was raced throughout his career by Qatar Racing and concluded his career with David Simcock in Newmarket.

"Sumbal is bred on a fantastic cross," said Michael Shefflin of Annshoon Stud. "With the loss of Jeremy in the south-east of Ireland, he should attract plenty of attention from breeders."

Sumbal will stand alongside Frankel's full-brother Proconsul at Annshoon and will be available at a fee of €2,500 for colts and a discount price of €500 for fillies, with breeding rights available in the stallion.

Siblings to L'Ami Serge, Monalee and Special Tiara up for auction

FIRST PUBLISHED 11:39AM, NOV 13 2019
With the loss of Jeremy in the south-east of Ireland, he should attract plenty of attention from breeders