Daughter of Pivotal set to foal to Lawman in 2017 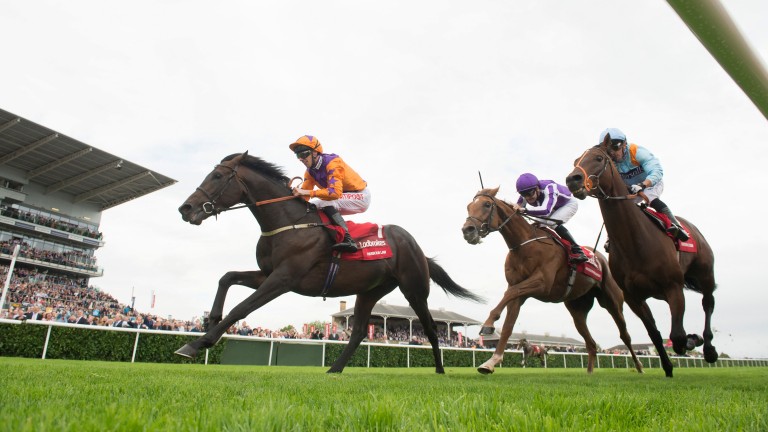 Abunai, the dam of the 2016 St Leger hero Harbour Law, is set for a date with Gilltown Stud resident Sea The Stars later this year.

The 13-year-old daughter of Pivotal, who won three times for Roger Charlton, was purchased in foal to Toronado by Jake Warren on behalf of Sheikh Isa bin Salman Al Khalifa at last year’s Tattersalls February Sale for 40,000gns, and produced a filly by the son of High Chaparral in mid-April.

Abunai is the dam of three winners from five runners - Classic hero Harbour Law, the Group 3-placed Moheet and Black Blade, a winner in Hungary. She is back in foal to Harbour Law’s sire Lawman.

After she delivers her foal by the Ballylinch Stud resident later this year, Sheikh Isa has decided to send his mare to the Aga Khan’s Irish base to be covered by the Derby-winning son of Cape Cross.

“Sheikh Isa has aspirations of winning the Derby and his plan is to try and breed a Derby winner," said Warren.

"Harbour Law is the most magnificent looking animal and the family has worked well with that line and so it made sense for her to visit Sea The Stars. The mare wants to go to a stallion of decent size to hopefully produce something along the lines of Harbour Law, but perhaps one that will be a Derby winner.”

FIRST PUBLISHED 3:37PM, FEB 7 2017
The mare wants to go to a stallion of decent size to hopefully produce something along the lines of Harbour Law, but perhaps one that will be a Derby winner