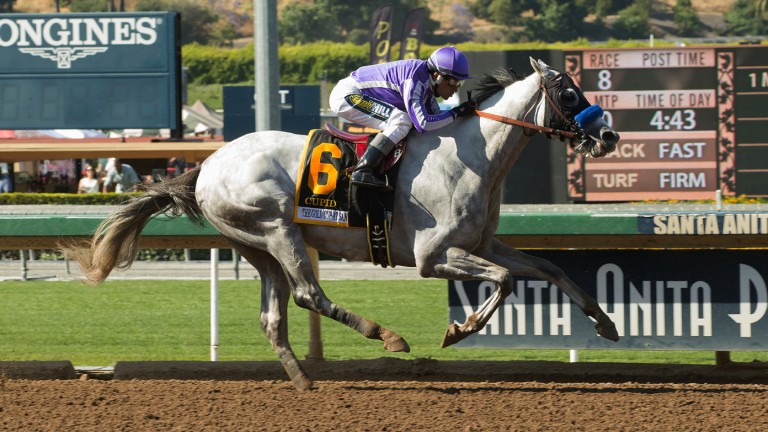 Cupid, a Grade 1 winner at Santa Anita this year, will retire to Ashford Stud after the Breeders' Cup Dirt Mile at Del Mar next week.

Purchased by MV Magnier for $900,000 as a yearling at the Keeneland September Sale, the son of Tapit won four times as a three-year-old for Bob Baffert – notably in the Rebel Stakes, Indiana Derby and West Virginia Derby.

Resuming this year at four, he registered a first top-level success in the Gold Cup at Santa Anita and was last seen finishing fourth in the Awesome Again Stakes.

Back at Keeneland this September, MV Magnier parted with a sale-topping $2.7 million to secure Cupid's sister. Both are out of the Beau Genius mare Pretty 'n Smart who has so far produced three Graded winners.

Coolmore America manager Dermot Ryan said: "We loved Cupid as a yearling and he has developed into a smashing horse, just like you would have hoped.

"He's a quality individual with plenty of size and great balance and the pedigree and race record to match. He's an exciting prospect."

A fee for Cupid has yet to be announced.

FIRST PUBLISHED 6:48PM, OCT 26 2017
He's a quality individual with plenty of size and great balance and the pedigree and race record to match

'At some point you have to take a step back and say, 'Holy cow!''