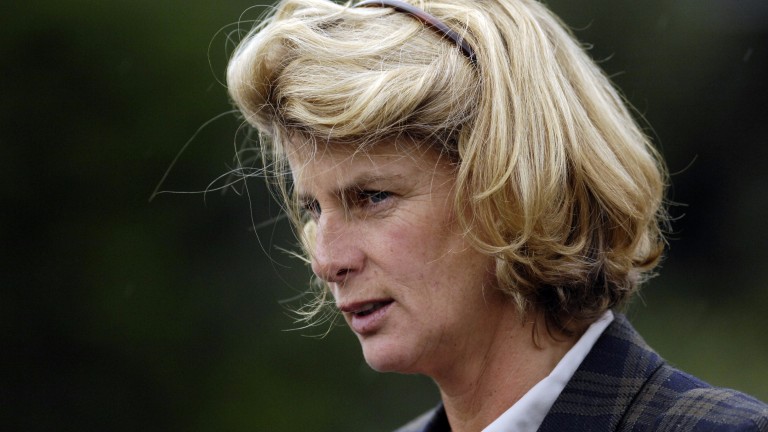 Sara Cumani: overseeing the draft from Fittocks Stud at Tattersalls
Edward Whitaker
1 of 1
By James Thomas 5:29PM, MAY 22 2018

The Cumanis' Fittocks Stud offered two lots during Friday's session of the Tattersalls December Foal Sale, and the story behind the strapping Showcasing colt that was sold to Camas Park Stud for 80,000gns really is a family affair.

The six previous foals produced by Frigid, a daughter of Indian Ridge who descends from Fittocks Stud’s foundation mare Free Guest through Frangy - the dam of Grade 1 Northern Dancer Turf Stakes winner Forte Dei Marmi - had all been bred by Fittocks, but a new name, that of Mrs F Archibald, appeared next to the February-born colt’s details.

“We gave Frigid to our daughter Francesca,” explained Sara Cumani. “She decided to send her to Showcasing, who’s been doing very well as a stallion, and they managed to produce a beautiful colt.

"Francesca - she's still in Australia - said she couldn’t sleep before the colt went through the ring and now she can’t get back to sleep having sold so well! She’s delighted.”

Cumani said she and her daughter also had joint-ownership of an Australian mare named Courtesan who has an I Am Invincible foal at foot who will be sold in time. The dam is back in foal to the Yarraman Park resident.

There could be more sleepless nights ahead for Francesca, who is married to polo player Rob Archibald and is due to take up presenting duties on ITV’s racing covering from the Guineas meeting, as her mare is currently in foal to the sire of one of Thursday’s joint session-toppers at Tattersalls.

“Frigid is in foal to Toronado and now we’ve got to think about where she’ll go next,” Cumani said. “The mare produces very nice horses - this colt is lovely.”

FIRST PUBLISHED 5:28PM, MAY 22 2018
Francesca said she couldn?t sleep before the colt went through the ring