No more quibbling with the young Juddmonte sire's flying start 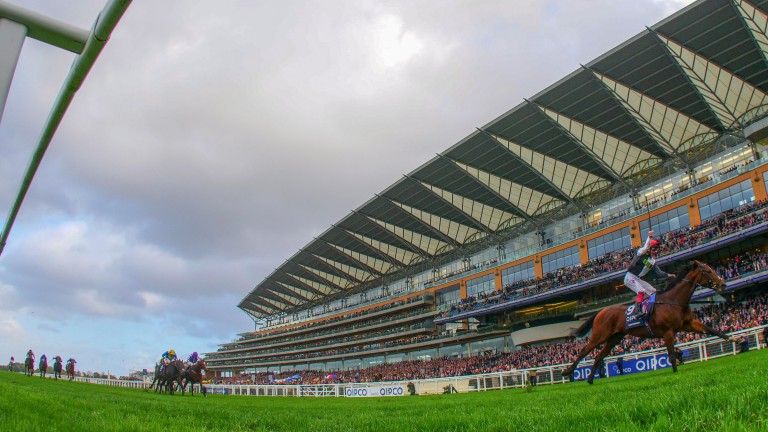 Cracksman could not have ended his sire's search for a first Group 1 in Europe more emphatically
Mark Cranham
1 of 1
By Chris McGrath UPDATED 1:55PM, OCT 30 2017

No less than when the Queen formally bestowed a title on his trainer, who had long been one of Nature's knights, a first Group 1 success in Europe only confirmed what we already knew about Frankel.

The runaway success of Cracksman in the Qipco Champion Stakes, the race in which Frankel had rounded off his immaculate career five years previously, set the seal on what has been a spectacular start to his sire's second vocation. The complaint that he had hitherto produced just the one elite winner – Soul Stirring in Japan – had been made to seem no more than an impatient quibble when set against a tally of 20 black-type winners already, with his second crop still making their way as juveniles.

Thanks to the wise management of his first books by the Juddmonte team, who made a priority of quality over quantity, Frankel has of course been ably assisted by partners such as Rhadegunda, the dam of Cracksman. As such, Frankel must share top billing at Ascot on Saturday with Anthony Oppenheimer's Hascombe and Valiant Studs, hardly one of the Turf's behemoths but now responsible for a second exceptional sophomore colt in three years after Golden Horn.

The common link is Lora, who produced Rhadegunda's granddam On The House to Be My Guest to win the 1,000 Guineas in 1982. Mated with Habitat two years previously, Lora had produced Loralane – whose own daughter by Nureyev, Nuryana, produced both the Coronation Stakes winner Rebecca Sharp and Golden Horn's unraced dam Fleche D'Or.

Rhadegunda herself is by that outstanding broodmare sire Pivotal. A half-sister to the useful staying handicapper Halla San, who was beaten a head in the Northumberland Plate, she had bowed out with a Listed success in heavy ground in France.

Her first foal, Fantastic Moon by Dalakhani, failed to build on the promise he showed when winning the Group 3 Solario Stakes on his second start. But her other two foals so far to race earned limited or no distinction, so that the blossoming of Cracksman entitles Frankel to be credited with quite an upgrade. It also represents quite a riposte to Nathaniel, who book-ended his track career with defeats behind Frankel but whose own first crop has included the outstanding filly of their generation in Enable. 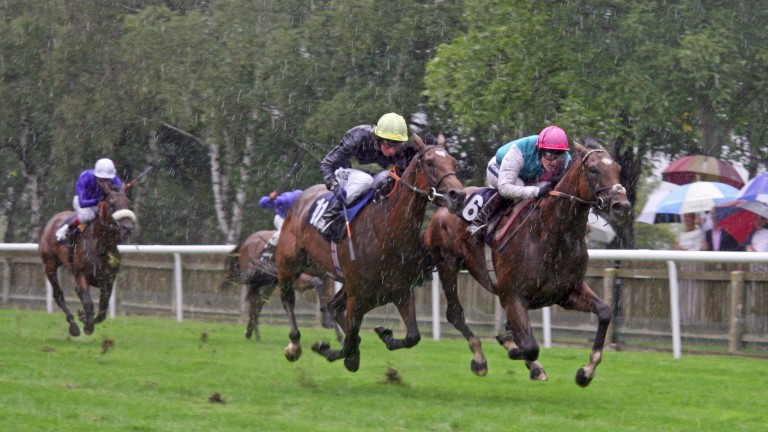 Even so, their mutual sire for now remains the daddy. As has become nearly routine in any card of this calibre, Galileo had already produced two big winners in Order Of St George and Hydrangea. But it was not just a case of rounding up the usual suspects at Ascot, where the Qipco Champion Sprint produced a fitting signature to the season that gave us a Derby winner by a sire, Pour Moi, recently banished to their National Hunt division by Galileo's owners at Coolmore.

Librisa Breeze is a son of Mount Nelson, who switched to Boardsmill Stud last year despite a perfectly respectable start at Newsells Park. Though his new home clearly gives him every chance in his revised role – not least after coming up with a Cheltenham Festival winner in Penhill so soon after his arrival – Mount Nelson's transfer was lamented by many as a symptom of the unimaginative commercial stampede towards speed and precocity. Fitting, then, that his highest achiever on RP Ratings should now be the winner of a Group 1 sprint  – an aspiration far beyond the vast majority of horses bred for speed within weeks of their debut.

Librisa Breeze is also a timely advertisement for the opportunities available at the Tattersalls Horses-in-Training Sale, which opens next Monday. He was bought for present connections there two years ago, by Stephen Hillen out of Jeremy Noseda's yard, for 90,000gns.

Even Mount Nelson's biggest admirers – who will have noted his perch above many more expensive sires on the table of European stakes winners-to-runners last year – might have expected Librisa Breeze to prosper over rather longer trips. He is out of a Linamix mare, Listed-placed over ten furlongs, herself a half-sister to Prix du Jockey Club third Baraan and smart hurdler Brampour. She had been culled by the Aga Khan, who repatriated the line after an American detour following the sale of 1962 Oaks winner Monade to that great Texan nursery, King Ranch. 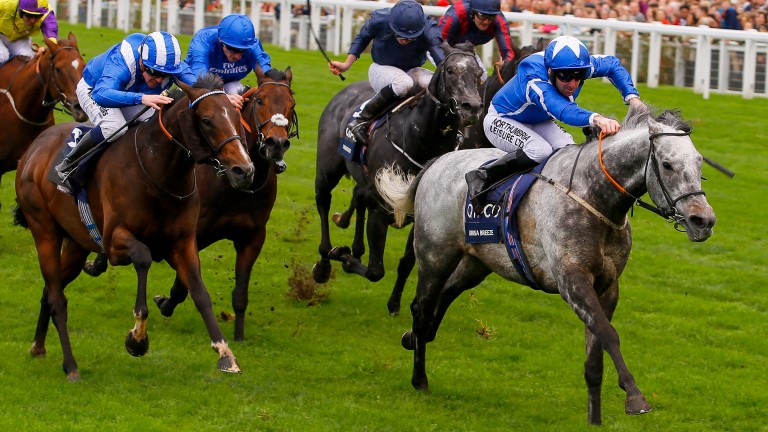 In fairness to the stallion whose spectacular example has hardly discouraged breeders from investing in short, sharp profiles, Dark Angel has long shown that he imparts class in a sustainable form. And while his son Harry Angel was blown aside by Librisa Breeze, his four-year-old daughter Persuasive promptly produced another lavish advertisement for the Yeomanstown sire by winning the Queen Elizabeth II Stakes.

A €180,000 yearling bought for Cheveley Park Stud at the Goffs Orby Sale, she represents a remarkable achievement on the part of John Tuthill of Owenstown Stud. Already breeder of Excelebration, winner of the 2012 running, Tuthill home-bred Persuasive is from his Choisir mare Choose Me, a Group 2-placed Listed winner whose third dam was the Irish 1,000 Guineas and Champion Stakes winner Cairn Rouge.

If you enjoyed this, you should also read...

Deauville double the crowning glory of a fine day for Frankel