Crack team gives Kayf Tara a shot at the championship

Overbury Stud stalwart has strong squad of runners for 2016/17 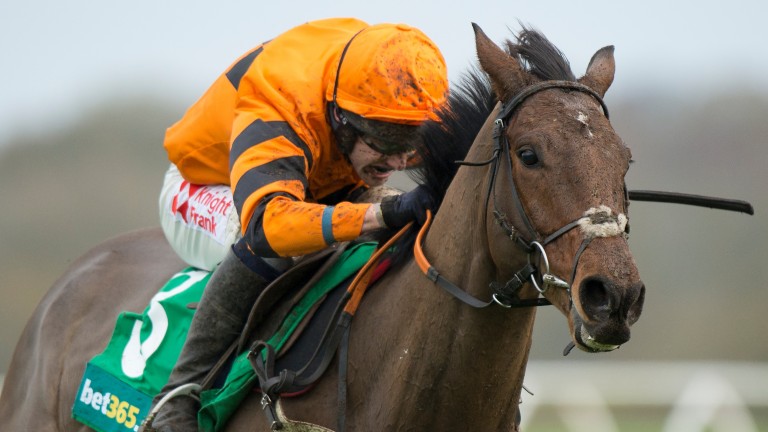 Thistlecrack: star hurdler is poised to begin his career over fences
Edward Whitaker
1 of 1
By Martin Stevens 10:38AM, NOV 29 2016

If his superb squadron of runners stay fit and manage to strike in the most valuable races, he could have a realistic shot at the title, dominated in other years by stallions who stand in Ireland, where production for jumps racing far outnumbers that in Britain.

Kayf Tara enjoyed another excellent weekend, with Thistlecrack confirming himself an exciting talent with a smooth victory in the Worcester Novices’ Chase; Carole’s Destrier just touched off in second in the Hennessy Gold Cup, with the promising Blaklion in fifth; and Spirit Of Kayf scoring in a decent novice hurdle at Newcastle.

During the previous weekend the Overbury Stud stalwart supplied Identity Thief, the convincing winner of the Craddockstown Novice Chase, and Cantlow, who looks to have found a new lease of life with Enda Bolger after scoring in the Risk Of Thunder Chase.

At this early stage of the season Kayf Tara lies third in the 2016/17 jumps sire standings by prize-money, with his 54 winners having earned more than £770,000.

He will face stiff competition for the top spot from current leader Presenting, the former champion still going strong at Glenview Stud at the age of 24 and whose sons Ballycasey and Lord Scoundrel have won valuable handicap chases this season.

King’s Theatre, champion for the past three seasons, is in second with Cue Card and Royal Regatta giving him a lucrative big-race double the Saturday before last.

With the likes of Bellshill, Carlingford Lough, Menorah, Shaneshill and Southfield Theatre also set to represent him this season – plus no shortage of exciting prospects coming through the ranks – the late Ballylinch Stud resident must be favourite to regain his crown.

But Kayf Tara, another son of Sadler’s Wells with a similar knack of producing a high concentration of top jumpers, certainly looks capable of improving on his third placing in the standings last year.
Martin Stevens