Mountmellick Farm proprietor has visions for a commercial operation 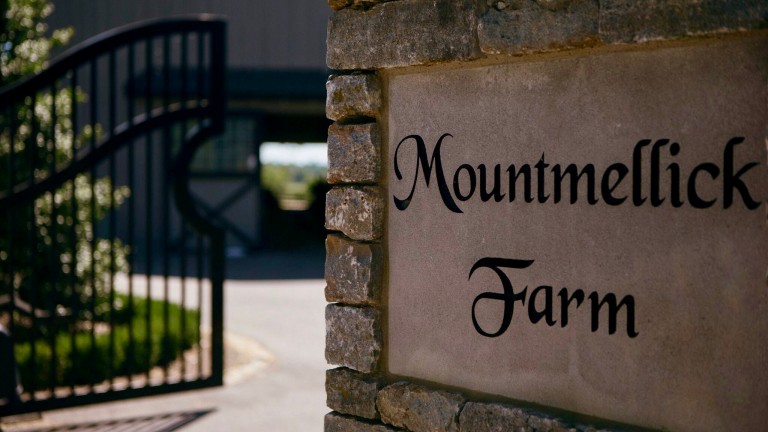 Life has come full circle in some ways for David Fennelly, who left his home in Ireland to work at Spendthrift Farm in Kentucky in 1985 but then moved on to New Orleans to found and develop shipping and cargo services businesses.

Fennelly, who began breeding thoroughbreds in Louisiana, has turned his sights back to Kentucky, purchased a farm just outside Lexington and is acquiring bloodstock, including the $500,000 Curlin mare Theogony, in foal to Quality Road, during the third session of the Keeneland November Sale.

“Right now we have 12 mares, given today’s purchases, but we intend on increasing significantly over a period of time,” Fennelly said while accompanied by bloodstock agent Terry Gabriel, who has been a co-breeder with Fennelly’s Louisiana farm, Summergrove, on some Louisiana-breds.

“We wanted this mare because she’s a beautiful mare,” Fennelly said of Theogony, who was consigned by Hill ‘n’ Dale Sales Agency. “She’s absolutely stunning; her conformation is amazing and we love, obviously, Quality Road. We really wanted this mare badly and we were so happy to get her.”

An eight-year-old out of the Graded stakes-placed Tale Of The Cat mare Upcoming Story, Theogony won a stakes race in Canada and placed twice in American Graded events while earning $234,900 during her racing career for Conrad Farms. Manfred and Penny Conrad bred the mare’s only foal to date, a weanling Uncle Mo colt in Ontario.

Fennelly, who grew up in County Cork, said he envisions his Mountmellick Farm, located on property that previously was part of the Kentuckiana Standardbred farm in Georgetown, Kentucky, and named after a town in the north of Ireland, growing to become a commercial operation.

In addition to Theogony, Fennelly bought two other horses in the same Keeneland session: Featherspun, a five-year-old Hard Spun half sister to Grade 1-placed stakes winner Featherbed, and a weanling Honor Code filly from the family of Grade 1 winner and sire Lion Heart.

A weanling colt by American Pharoah from the female family of his sire Pioneerof The Nile was listed as an RNA at $95,000 and the Cape Blanco mare Lady Of The Canyon, a daughter of champion grass mare Possibly Perfect and in foal to Malibu Moon, was RNA’d at $130,000.

Fennelly, who along with partner Carlos Sanchez is an honoured philanthropist in the New Orleans area, said plans for Mountmellick and his involvement in the thoroughbred industry are still forming.

While he is not currently involved with horses in Ireland or other parts of Europe, he did not rule out expanding across the Atlantic.

“We’re just getting started here right now. Anything is possible,” he said.

More from the breeding stock sales in Kentucky:

War Front: how the Danzig lookalike became a sire in global demand