Colt hails from one of Dietrich von Boetticher's best families 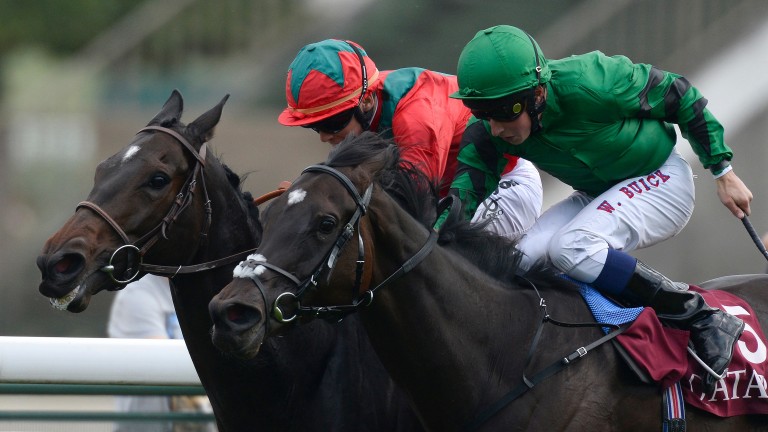 Baltic Baroness (left) gets the better of Pomology to win the Prix Vermeille
Alan Crowhurst
1 of 1
By Martin Stevens 6:53PM, JUL 16 2020

Golden Horn has a promising performer on his team judging by the comfortable victory of son Baltic Gold in a ten-furlong contest for three-year-old newcomers at Compiegne in France on Thursday.

The colt, trained by Andre Fabre for owner-breeder Dietrich von Boetticher, raced prominently under Pierre-Charles Boudot and took up the running on the turn for home. Soon headed by eventual runner-up Whistle, he fought back valiantly and scored a shade more cosily than the short-head margin suggests.

The pair pulled six lengths clear of third-placed Rosala, another by Golden Horn – this one an Aga Khan homebred filly out of Prix Marcel Boussac winner and Prix de Diane runner-up Rosanara.

Baltic Gold, who holds an entry in the postponed Grand Prix de Paris at Longchamp in September, also boasts a Group 1-winning racemare as his dam.

He is the first reported foal out of the late Baltic Baroness, who sprang a surprise in the Prix Vermeille in 2014 for Baltic Gold's connections, taking the scalps of Pomology, Dolniya and most strikingly Treve in the Longchamp contest. 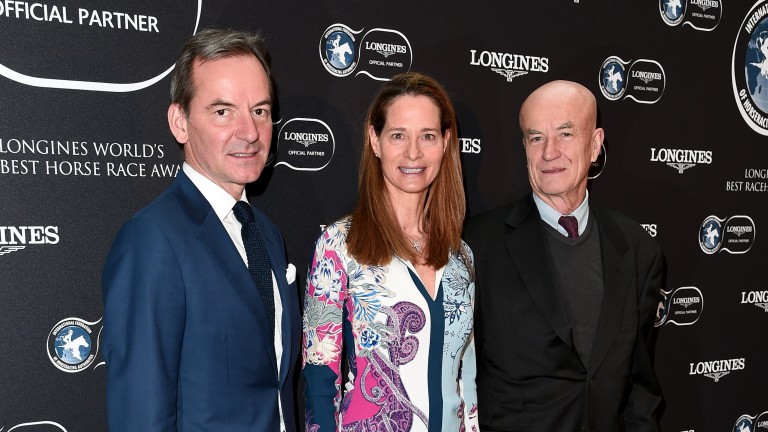 Baltic Baroness is descended from lines that have been immensely successful for Von Boetticher.

She is by Shamardal, who gave the Gestut Ammerland man his Poule d'Essai des Poulains and Prix du Jockey Club hero Lope De Vega, now a blue-chip sire based at Ballylinch Stud.

Von Boetticher famously once said that he bred Lope De Vega because he was intent on sending a mare to Shamardal in his first season at stud after he had denied his own colt Hurricane Run victory in the Prix du Jockey Club, to gain a degree of revenge.

The siblings are out of Born Wild, a daughter of Sadler's Wells and Von Boetticher's great mare Borgia, a daughter of Acatenango who was a rare female winner of the Deutsches Derby and went on to win the Grosser Preis von Baden and finish third in the Arc and second in the Breeders' Cup Turf at three.

Borgia was also a half-sister to Deutsches Derby winner Boreal, who defeated Storming Home to take the Coronation Cup under Kieren Fallon at four.

Unsurprisingly, considering the wonderful success that this family has brought Von Boetticher, the breeder sent Baltic Baroness to Europe's leading stallions and she has a two-year-old colt by Sea The Stars and a yearling colt by Frankel.

Baltic Gold is the 25th individual winner to have emerged from the first crop of Golden Horn, the brilliant son of Cape Cross whose racing roll of honour included the Derby and Arc.