Coolmore new boy Maxios gets on the festival scoresheet with Aramax 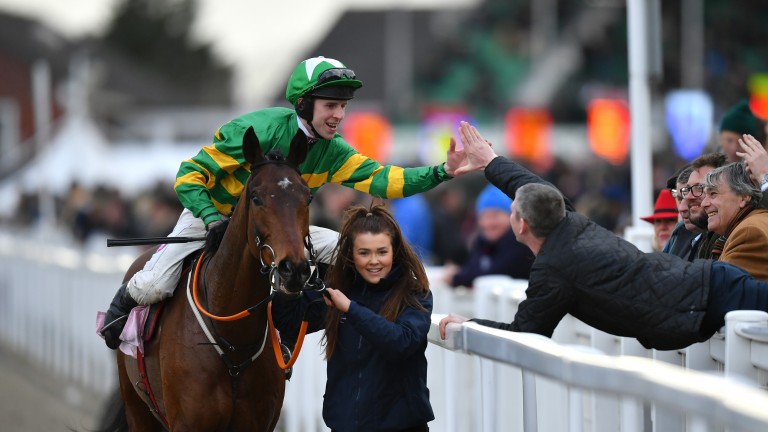 Coolmore's decision to purchase Maxios from Germany for their National Hunt stallion ranks was vindicated at the Cheltenham Festival on Wednesday as his son Aramax ran out a determined winner of the Boodles Juvenile Handicap Hurdle.

Trained by Gordon Elliott for in-form owner JP McManus, Aramax carried 11st 8lb to a length victory over 21 rivals in the contest over two miles and half a furlong.

The bay gelding originally raced in France by Guillaume Macaire, where he was a five-length winner at Vittel last July, before his private purchase to be trained in Ireland.

He has run four times for Elliott, and was an emphatic eight-length winner of a Naas novice hurdle on his last start.

Maxios has supplied 12 jumps winners in Britain, Ireland and France at a good strike-rate and that tally includes other useful performers Ecco and Star Max.

He is certainly making a brighter start in the jumps sphere than he did on the Flat, where his output has been deemed rather disappointing. Especially considering he was so well supported in his early years at Gestüt Fährhof due to his immense talent on the track, as a dual Group 1 winner in the Prix d'Ispahan and Prix du Moulin, and being in possession of a top-notch pedigree – by Monsun and a half-brother to Arc hero Bago from the family of champions Coup De Genie, Denebola and Machiavellian.

Indeed, it was not until Maxios's second-crop daughter Diamanta took the German Oaks last summer that the sire managed to put a Pattern winner on his progeny record.

But he looks set to be popular this year, having been re-purposed as a National Hunt sire and available at Castlehyde Stud at a fee of €6,000. A dark bay with stunning looks, he is bound to attract many jumps breeders who can envisage selling young stock in his image. 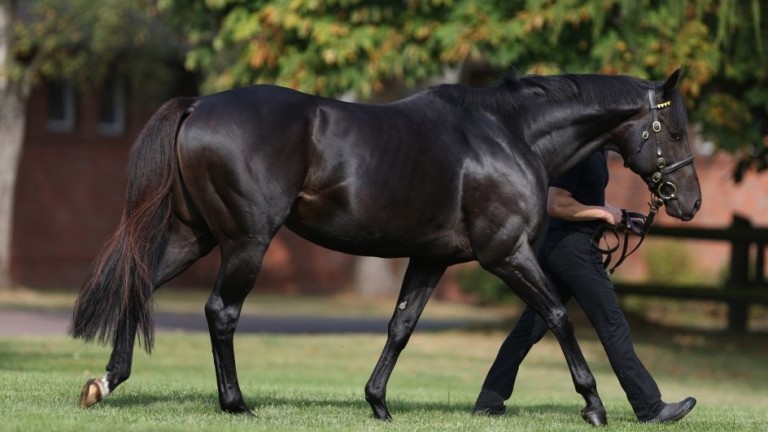 Maxios: jumps breeders are sure to be enchanted by his looks
Coolmore

Aramax was bred by leading German nursery Gestüt Röttgen, who have campaigned the German Derby-winning half-brothers Windstoss and Weltstar in recent seasons.

He is the second talented jumper out of Röttgen's Listed-placed In The Wings mare Aramina after Aramon – a three-parts brother to Aramax as he is by Monsun – who has won the Grade 1 Future Champions Novices' Hurdle at Leopardstown and is around an 8-1 chance for the County Hurdle at Cheltenham on Friday.

Aramina has a three-year-old colt by Kallisto, sold to Macaire for €30,000 at BBAG in October 2018 but yet to race, and a two-year-old filly by Areion. She was covered by another Monsun stallion in Getaway last year.