Commercial choices for a mare band founded with some unorthodox moves

Martin Stevens gets the lowdown on Andrew Black's mating plans 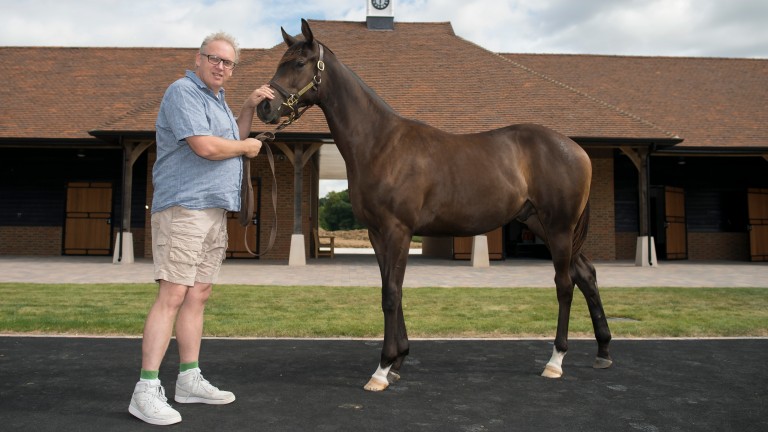 Since setting up his breeding operation at Chasemore Farm in Surrey just over ten years ago, Betfair founder Andrew Black has moved towards a more commercial approach from some fairly unconventional stallion selections and means of acquiring mares in the early days.

He was rewarded for doing so at last year's foal sales when the farm's draft, consigned to Tattersalls by the National Stud, included a Le Havre colt out of a sister to Australian Group 2 winner Permit sold to Shadwell for 140,000gns and a Lope De Vega colt from the family of Dream Ahead knocked down to JC Bloodstock for 90,000gns.

Explaining the more market-friendly modus operandi, Chasemore Farm general manager Paul Coombe says: “In the last few years we've sold more of our stock as foals than in the past, and we had a good sale last year.

“We've adapted to be more on the commercial side; we needed to do it. Long-term, although Andrew will race some of his fillies, he will always want to sell as he sees the farm as more of a business than when he started it as a hobby.

“So we've got to be seen in the market and the Chasemore colours have to be seen to be carried with success on the track.”

It has to be said, though, that some of Black's unorthodox moves sowed the seeds of the stud's present success. None more so than when he claimed the Tale Of The Cat mare Baldovina for just £17,000 after she finished third of five in a Class 6 claimer at Lingfield in 2007.

The second foal Black bred from Baldovina was Ceiling Kitty, a daughter of Red Clubs who won the Queen Mary Stakes at Royal Ascot for him. The first foal that Ceiling Kitty produced for Black at Chasemore Farm was in turn Eartha Kitt, who signed off her racing career with victory in the Listed Boadicea Stakes at Newmarket in October. 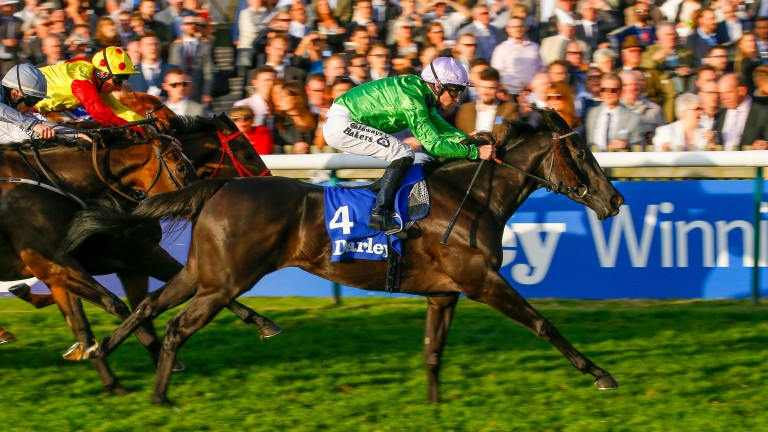 Eartha Kitt: a crucial mare for Chasemore Stud, as a daughter of the late Ceiling Kitty
Mark Cranham

Eartha Kitt now ranks as one of the most important mares in Black's broodmare band, as Ceiling Kitty died aged only six after complications from delivering a Camelot colt foal, and Baldovina was sold in foal to Le Havre with her Muhaarar filly foal at foot to Sackville Donald for £300,000 at the Goffs London Sale in June.

The four-year-old daughter of Pivotal has been given a fittingly noteworthy first mating with dual world champion and exciting young sire Frankel.

“She's a fast mare by Pivotal out of a Royal Ascot winner and exactly the sort you'd obviously love to send to Galileo, but we thought why not Frankel? She needed a good first cover and you can't go far wrong with Frankel's stats,” says Coombe.

A resultant foal will be bred on the same Frankel-Pivotal cross as last year's European champion Cracksman.

Eartha Kitt's year-younger half-sister Formidable Kitt, who won on debut last year and was far from disgraced when beaten in the Queen Mary Stakes and Dragon Stakes for Tom Dascombe, had a winter holiday at Chasemore Farm and Coombe reports she “did very well and it's an exciting year ahead for her”.

The Camelot colt out of Ceiling Kitty, now two, has also entered training at Dascombe's Manor House Stables in Cheshire.

Bible Belt, a Group 3-winning daughter of Big Bad Bob bought in foal to Invincible Spirit for 425,000gns at Tattersalls in 2016, has a date with Golden Horn at Dalham Hall Stud in store.

“She had a lovely filly last year and we stuck to the Invincible Spirit line afterwards by sending her to Kingman and she is in foal to him,” Coombe says.

“Andrew said he wanted to stick to a good middle-distance cover for her this year, so we thought why not Golden Horn? He has lovely stock on the ground and, being by Big Bad Bob, the mare can go almost anywhere.”

Also Dalham Hall-bound is Wall Of Sound, a homebred Singspiel half-sister to The Cheka who found only Secret Gesture too good in the Warwickshire Oaks for the Black-Dascombe axis.

The eight-year-old – who has an Elusive Quality two-year-old filly and a Kingman yearling filly, and is in foal to Sea The Stars – is in for a liaison with new boy Postponed next.

“The cross of [Postponed's sire] Dubawi over Singspiel mares has worked so well,” Coombe says, referring to top-class talents such as Left Hand, So Mi Dar and Wuheida who have been bred that way.

Veiled Beauty, the dam of Wall Of Sound and The Cheka, is bound for National Stud new recruit Aclaim.

Three Chasemore residents are due to travel to Ballylinch Stud for a date with Lope De Vega – Mutatis Mutandis, a Chasemore-raced daughter of Mastercraftsman who was saddled by Ed Walker to win the Nottinghamshire Oaks and finish third in the Flower Bowl Invitational at Belmont Park; Clotilde, a Listed-placed daughter of Dubawi; and Parsnip, a winning Zebedee half-sister to Kodi Bear bought in foal to Nathaniel at Tattersalls last month for 160,000gns.

“We sold a foal by Lope De Vega well last year and he's a stallion definitely on the up; he's got a great crop of juveniles to come this year, as well as some exciting three-year-olds,” says Coombe.

“Mutatis Mutandis was a great race filly with a good pedigree, and her half-brother by [Lope De Vega's sire] Shamardal made a lot of money at the sales. We've been a bit unlucky with her, as she was barren to Dark Angel last year, but she had a couple of complications which we've had to sort out, and she's now in great order again.

Wowcha: from a family full of commercial appeal
MARTIN LYNCH

“Clotilde is by Dubawi and should fit well with the Shamardal line; she's a big strong mare, carrying her first foal by Siyouni at the moment, and with the new mare Parsnip, she has that fast, commercial pedigree we're looking for, and we think she just needs that bit of size put into her.”

Wowcha, the five-year-old winning Zoffany half-sister to brilliant two-year-old The Wow Signal, is in for a date with Muhaarar at Nunnery Stud. Her family's market appeal was demonstrated when JS Company paid 850,000gns for her yearling half-brother by No Nay Never at Tattersalls Book 1 in October.

Another of Black's earlier avant-garde moves at the stud was to buy up fillies and mares by Ceiling Kitty's sire Red Clubs, and even after that mare's departure, Chasemore Farm is home to at least three other daughters of the late Tally-Ho Stud stallion. Albany Stakes third Illaunglass visits No Nay Never; Firth of Clyde Stakes winner Roger Sez has Kodiac on her dance card; and valuable sales race scorer The Gold Cheongsam heads to Dark Angel.

With commercial matings for a broodmare band established with a little out of the box thinking, Chasemore Farm graduates should be shining both in the sales ring and on the track in the years ahead.

FIRST PUBLISHED 2:39PM, MAR 3 2018
She's a fast mare by Pivotal out of a Royal Ascot winner and exactly the sort you'd obviously love to send to Galileo, but we thought why not Frankel?