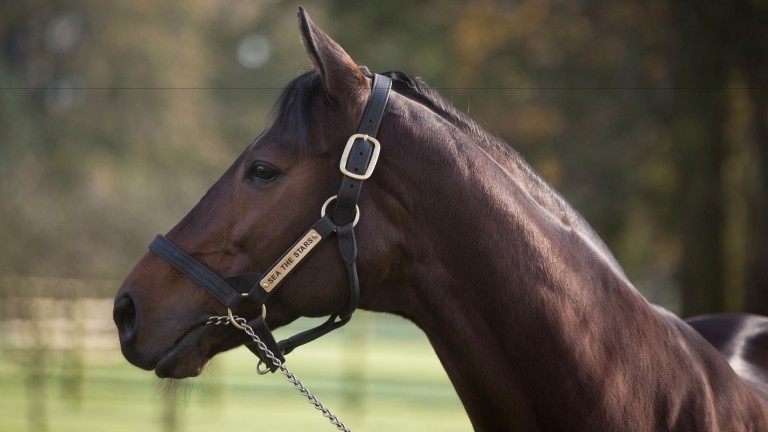 Sea The Stars: had an exciting debut winner at Compiegne on Friday
Patrick McCann
1 of 1
By Ollie O'Donoghue 7:52PM, JUN 9 2017

Londres, a three-year-old colt by Sea The Stars out of Yorkshire Oaks heroine Shawara, coasted to a comfortable four-length debut success in the Prix d'Eaulalie, a three-year-old maiden over 1m4f at Compiegne, on Friday.

Londres was bred by Barronstown Stud, who purchased Shawara with Londres in utero for €550,000 at the 2013 Goffs November Breeding Stock Sale. He holds an entry for the Grand Prix de Paris at Saint-Cloud in July.

Trained by Andre Fabre and ridden by Pierre-Charles Boudot, Londres is a half-sister to the Sinndar mare Shareta, who was trained by Alain de Royer-Dupre for the Aga Khan to win the Yorkshire Oaks once and the Prix Vermeille twice - the latter a key fillies and mares trial for the Prix de l'Arc de Triomphe.

Her first run in Europe's richest race saw her finish a five-length second to Danedream, while the following year, she finished a fair ninth behind Solemia.

Londres is also a half-brother to the Listed-placed stayer Shazand, also a winner over hurdles and fences, and Shaywan, who was Listed-placed in Italy.

That trio in turn are out of the Listed-placed Barathea mare Shawara, who also has a two-year-old War Front filly and a yearling Declaration Of War filly.

She is a half-sister to another Prix Vermeille winner by Sinndar in Shawanda, who also landed the 2005 Irish Oaks, before going on to produce the St Leger winner Encke at stud.

Londres was sold at Book 1 of the 2015 Tattersalls October Yearling Sale for 650,000gns to Mayfair Speculators and Peter and Ross Doyle. 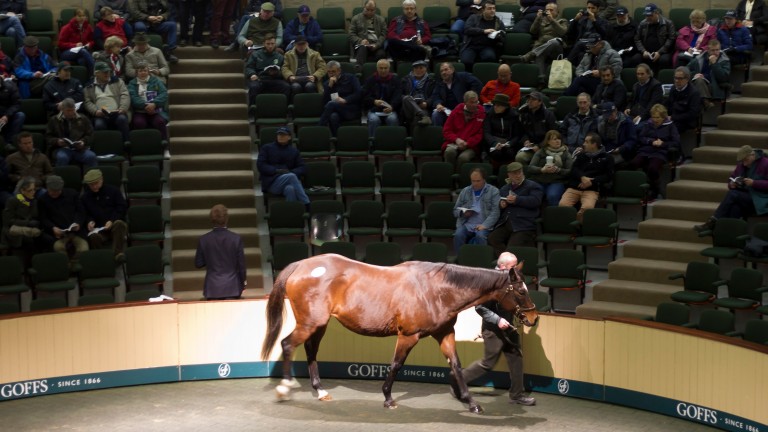 Shawara: goes through the ring for €550,000 at the 2013 Goffs November Breeding Stock Sale, with Londres in utero
Patrick McCann
FIRST PUBLISHED 7:52PM, JUN 9 2017
Londres is also a half-brother to the Listed-placed stayer Shazand, also a winner over hurdles and fences, and Shaywan, who was Listed-placed in Italy