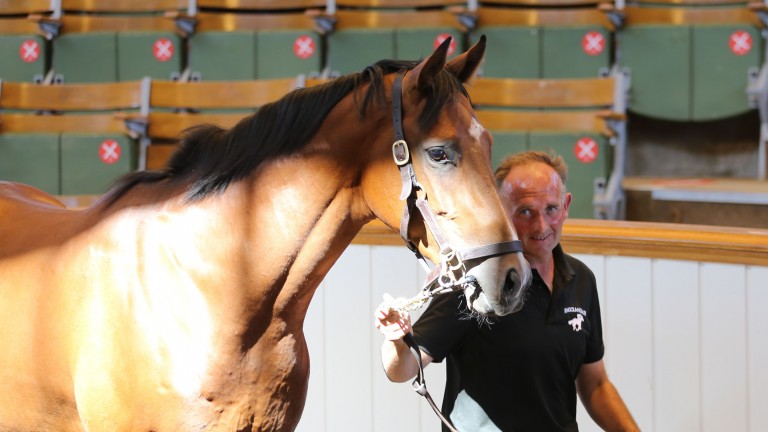 The Prince Of Lir colt who topped trade at the Tattersalls Ascot Breeze-Up Sale
Laura Green
1 of 1
By James Thomas 9:40PM, JUN 25 2020

Following the Craven offerings, prices dropped down a level for the Tattersalls Ascot Breeze-Up Sale at Park Paddocks on Thursday, where colts from the debut crop of Royal Ascot-winning sire Prince Of Lir topped the market.

The biggest price was given for Knockanglass Stables' colt out of Harvest Joy, with Avenue Bloodstock’s Mark McStay striking a winning bid of 92,000gns. The colt is due to go into training with rookie handler Joseph Parr, who has taken over the reins from his grandfather Alan Bailey.

Although pinhooking profit proved hard to come by in an unforgiving market, this youngster, a half-brother to the Listed-placed Andhesontherun, brought a handsome return, having been signed for by Kilronan at £10,000 at last year's Goffs UK Premier Yearling Sale.

Widely respected breeze-up jockey Micky Cleere, who is consigning under his MC Thoroughbreds banner for the first time this year, also enjoyed a good result when Matt Coleman and the Cool Silk Partnership went to 70,000gns for the Prince Of Lir colt out of Little Italy.

The colt, who is half-brother to four-time winner Love Your Work, was making it third time lucky, having previously gone unsold at the Goffs November Foal Sale and Goffs Sportsman Yearling Sale. 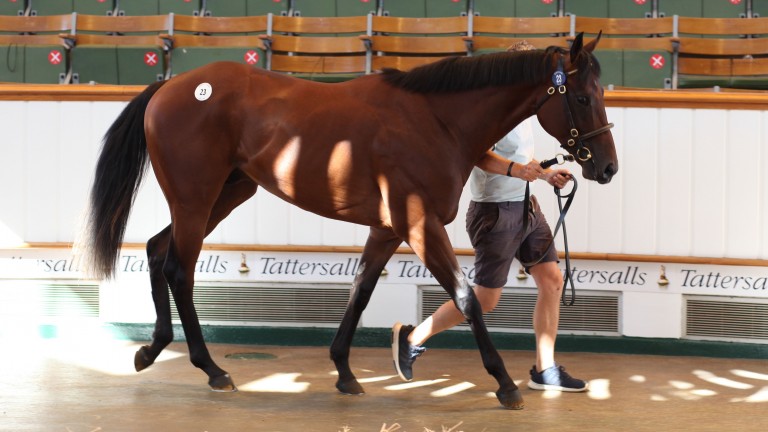 The Cool Silk Partnership have had much success with their previous breeze-up buys, which include the likes of Sands Of Mali and, appropriately, Prince Of Lir, who won the Norfolk Stakes having jointly topped the Goffs UK Breeze-Up Sale with Ardad at £170,000.

The sales ring exploits of his progeny continued a hot spell for Ballyhane Stud's Prince Of Lir, who supplied a first-crop Pattern winner at Royal Ascot when his son The Lir Jet followed in his sire's footsteps by winning the Norfolk Stakes.

In his end-of-sale address, Matthew Prior, head of Tattersalls Ascot sales, said: "This year's Tattersalls Ascot Breeze-Up Sale was rescheduled and relocated to our headquarters at Park Paddocks as a result of the Covid-19 pandemic, and it was very pleasing to see it return such a solid set of statistics.

"We must extend our thanks to our loyal vendors who have once again shown their resourcefulness and have worked in conjunction with us to relocate the sale and make it a success in difficult circumstances. Equally we have to recognise the contribution made by all of today's purchasers who have supported the sale, and we wish them the best of luck with their purchases."

He added: "With no live sales scheduled to take place at Ascot racecourse in either July or August, we look ahead to the Ascot Yearling Sale, which will take place at Park Paddocks, Newmarket on Tuesday, September 8."

FIRST PUBLISHED 9:40PM, JUN 25 2020
This year's Tattersalls Ascot Breeze-Up Sale was rescheduled and relocated, and it was very pleasing to see it return such a solid set of statistics