Zoe Vicarage reports on all the action from Doncaster 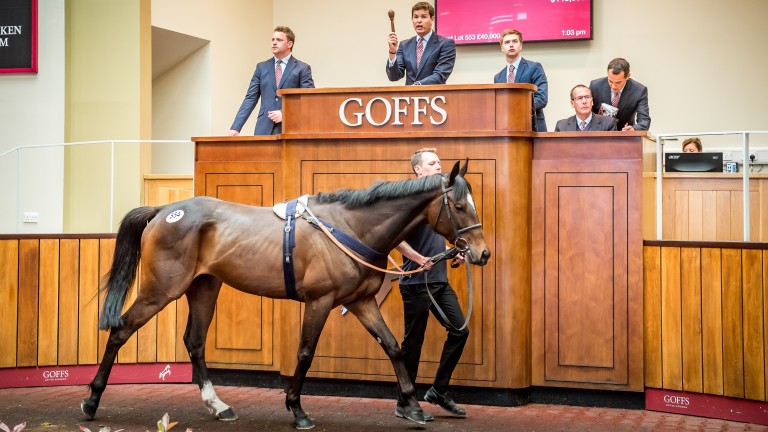 Coeur De Lion was the bright spark on the final day of trade at the Goffs UK Spring Horses in Training and Point-to-Point Sale when selling to Stephen Kemble for a session-topping £110,000 on Thursday.

The five-year-old son of Pour Moi has been plying his trade on the Flat for Alan King since finishing down the field in the Martin Pipe Conditional Jockeys' Handicap Hurdle at the Cheltenham Festival earlier this year.

Switching disciplines has proved fruitful as he has finished second on both runs, most recently in a 2m2½f handicap at Chester earlier this month.

Immediate plans call for Coeur De Lion to remain in training with King and Kemble said: "He's been bought for a syndicate to remain with Alan. He'll stay racing on the Flat and won't being be going back hurdling for now."

Minton goes to the bank

David Minton of Highflyer Bloodstock was another figure in action during Thursday's session and he purchased the day's second most expensive lot, Burbank, for £95,000.

The son of Yeats has had 11 starts in his career and counts a bumper victory as well as a win over hurdles to his name. He also boasts black type having finished third in a Grade 3 handicap hurdle at Ascot for trainer Nicky Henderson earlier this year.

Minton said: "I've bought him for Trevor Hemmings to go back to Nicky. He's a lovely horse, he hasn't had the best of seasons but the plan is now to go chasing with him." 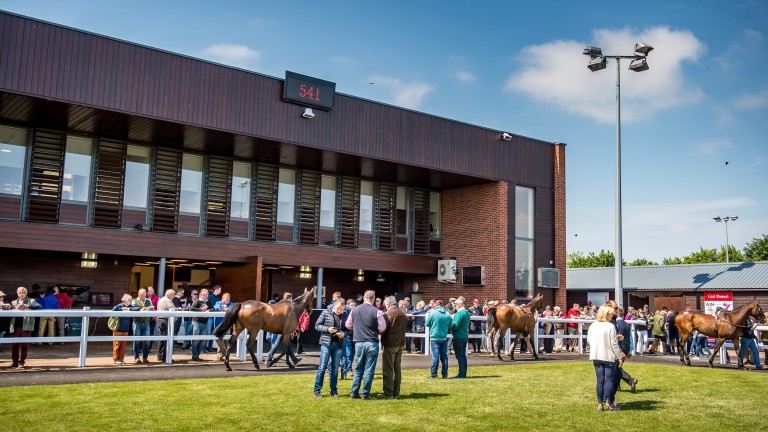 Trainer Peter Bowen was also on the mark during Thursday's session when going to £50,000 on behalf of owner Frank Lloyd for the winning Montanna.

Offered by Jedd O'Keefe's Highbeck Stables, the son of Notnowcato has had nine starts on the Flat and broke his maiden in a 1m4f contest at Newcatle on the all-weather last June. The four-year-old was last seen finishing second behind Handiwork in a two mile handicap at Doncaster in April.

Bowen said: "He'll be going straight over hurdles in the summer and could run in three weeks. He's had most of the winter off."

End of an era

Thursday's session also featured the complete dispersal of Western House Racing, the operation which was previously run by the late Alan Swinbank.

Since his death in May of last year, his partner Sally Haynes and son Julian Swinbank have been in charge of the horses but have decided not to continue training.

The most expensive of the lots to sell was Darksideoftarnside, bought for £50,000 by Goffs UK's new horses in training agent Richard Ryan, acting on the phone for trainer Ian Williams.

A four-year-old son of Intense Focus, Darksideoftarnside was last seen in October of last year winning a 1m4f maiden at Pontefract and his pedigree features multiple Group 1 winner Scorpion - the sire of Nicky Henderson's Might Bite.

Ryan said: "He's got good form and a lot of quality. He's an improving dual-purpose type that Ian thrives with. I used to work as assistant trainer to Ian."

Star Of Lanka, a bumper winner at Newcastle in December, was another of the Western House Racing dispersal horses to sell well when being bought by Tessa Greatrex of Highflyer Bloodstock for £40,000.

The four-year-old son of Zoffany will now head into training with Warren Greatrex. The team are no strangers to sourcing horses previously trained by Swinbank, having purchased Paint The Clouds for 28,000GBG at the DBS August Sale in 2009.

Tessa Greatrex said: "The form of his race when he won stacks up. We bought Paint The Clouds, who was a flagship horse for us, from Alan many years ago. Alan has always been good to us and buying horses off him hasn't done us any wrong.

"We'll have a bit of fun with this one."

"Demand for horses across the three days this week has been excellent and Thursday's clearance rate of 92 per cent is another superb result for all involved.

"Every year the Spring Sale attracts the who's who of the National Hunt world and this week has been no exception. We have welcomed a huge crowd to Doncaster, delivered an exceptional buying bench and have sold so many cracking horses.

"We would like to extend our thanks to our vendors who have supported the two sales this week and we wish our buyers all the very best with their purchases."

If you liked this you should read...

Ask For Glory lives up to expectations as Malone snaps up £280,000 sale-topper

FIRST PUBLISHED 6:47PM, MAY 24 2018
He'll stay racing on the Flat and won't being be going back hurdling for now