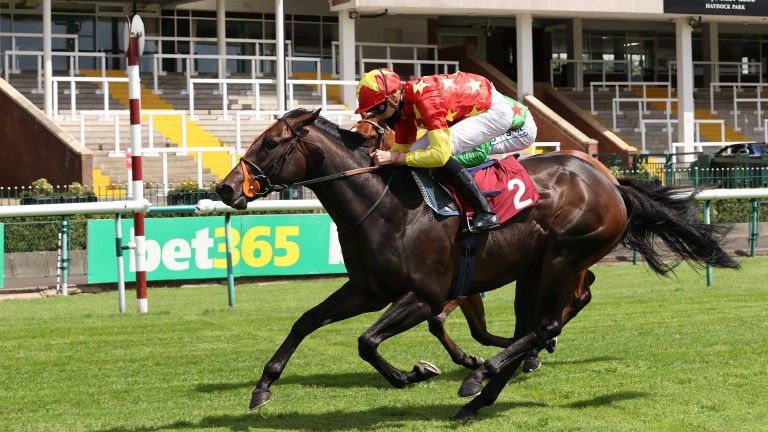 Clive Cox has done much for the stallion career of Lethal Force and he managed the same for another of his old boys on Friday by providing a first stakes victory for former charge Kodi Bear.

There was a battle between first-season sires in the Listed Irish Stallion Farms EBF Stonehenge Stakes with Kodi Bear's Cobh hard pressed by Pride Of Dubai colt Fancy Man in the final stages of the mile-long event with the former prevailing by just half a length under Adam Kirby with the pair well clear.

Cox, who propelled Lethal Force to the top of the sprinting ranks and has managed similar feats with his outstanding son Golden Horde, won a Celebration Mile with Kodi Bear as well as a Sovereign Stakes over this course and distance before he headed to Rathbarry Stud.

From a first crop of 83 two-year-olds to start with in 2020, he has already sired five individual winners, of which Cobh had already become one at Haydock in July.

He had achieved a Listed place at Ascot, while the sire's son Broxi had attained a Group placing in the Acomb Stakes at York on Wednesday.

The China Horse Club had bought Cobh for €100,000 from Rathbarry at Goffs Orby last year but he was originally bred by Awbeg Stud and sold as a foal for €66,000. His half-sister Boomerang Betty was also a winning juvenile, out of Royal Applause mare Arbeel.

FIRST PUBLISHED 3:45PM, AUG 21 2020
Cox won a Celebration Mile with Kodi Bear as well as a Sovereign Stakes over this course and distance before he headed to Rathbarry Stud