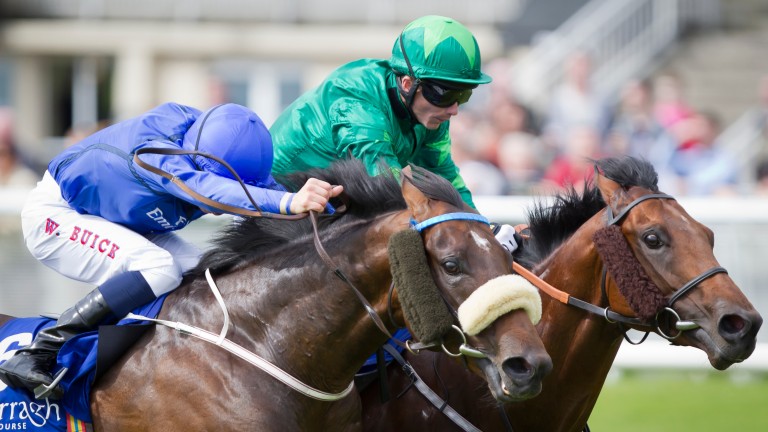 The four-year-old son of Indesatchel remains the property of owner-breeder James Bowers and will stand at a fee of £3,500.

Mattmu was trained for Bowers by Tim Easterby and was a tough customer at two, when he won the Group 2 Criterium de Maisons-Laffitte on his ninth and final start. Earlier that season he had found only Limato too good in the Redcar Two-Year-Old Trophy and won the Listed Rockingham Stakes at York.

On his three-year-old debut Mattmu finished a head second in the Duke of York Stakes and later won the Group 3 Phoenix Stakes at the Curragh and finished third to Mecca's Angel and Acapulco in the Nunthorpe.

In three runs this year his best effort came when a close third in the Abernant Stakes.

Mattmu is a brother to four-time winner Penny Garcia out of Katie Boo, a speedy daughter of Namid and a half-sister to Bowers' useful sprint handicapper Grissom.

Norton Grove Stud's Richard Lingwood said: “He's a big, strong fine horse and being a northern horse a lot of breeders know him. He was very good on his day, as he showed at York [in the Nunthorpe].

Mattmu will stand alongside Monsieur Bond, the sire of Prix de l'Abbaye winners Gilt Edge Girl and Move In Time whose fee remains at £4,000, and Milk It Mick, sire of Somerville Tattersalls Stakes scorer Miracle Of Medinah at £1,000.

“Milk It Mick is a dual Group 1 winner, a nice looking horse and has sired a smart two-year-old – he deserves a bit more patronage,” Lingwood said.

FIRST PUBLISHED 9:00AM, NOV 14 2016
He's a big, strong fine horse and being a northern horse a lot of breeders know him